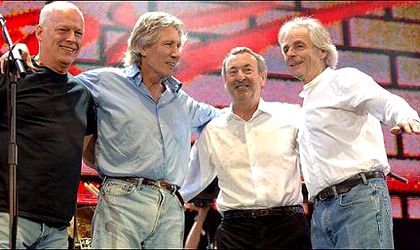 At a press conference announcing the Rock the City festival, D&D East Entertainment officials have stated that the legendary Pink Floyd might hold a concert in Romania, next year, according to website realitatea.net. The organizers are, however, currently negotiating with the band.

English band Pink Floyd were formed in 1965 and shortly became one of the most influential and successful rock bands in the world, through their progressive and psychedelic rock style. The band’s most notable members are guitarist and vocalist David Gilmour and bassist, co-vocalist and lyricist, Roger Waters. In 1985, Waters left the group and in 1995, Pink Floyd disbanded, only to reunite in 2005, in a lineup that included Waters at the Live 8 concert, organized by fellow musician Bob Geldof. Waters afterwards stated that he would only perform with the band occasionally. It was with Waters, however, that the band obtained international acclaim, through albums as The Dark Side of the Moon, Wish You Were Here, Animals or The Wall.

Pink Floyd have never previously performed in Romania. They are known for their exquisite live performances, using high standars in sound quality and visual effects. Below, Comfortably Numb performed live by Pink Floyd during their Live 8 reunion.