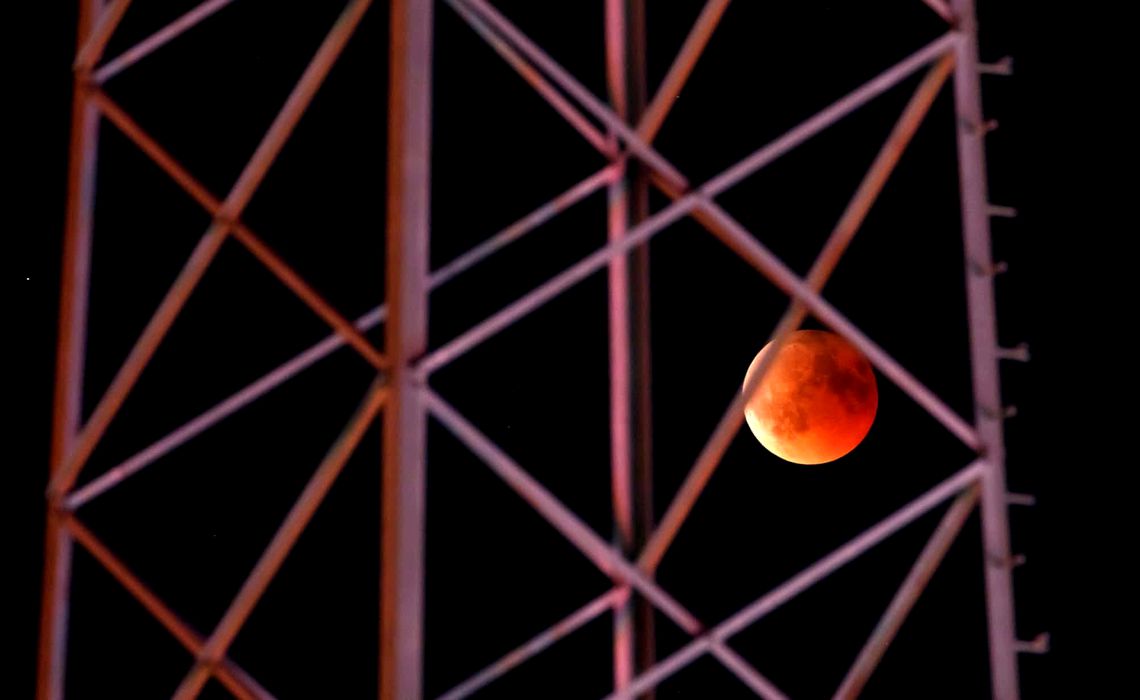 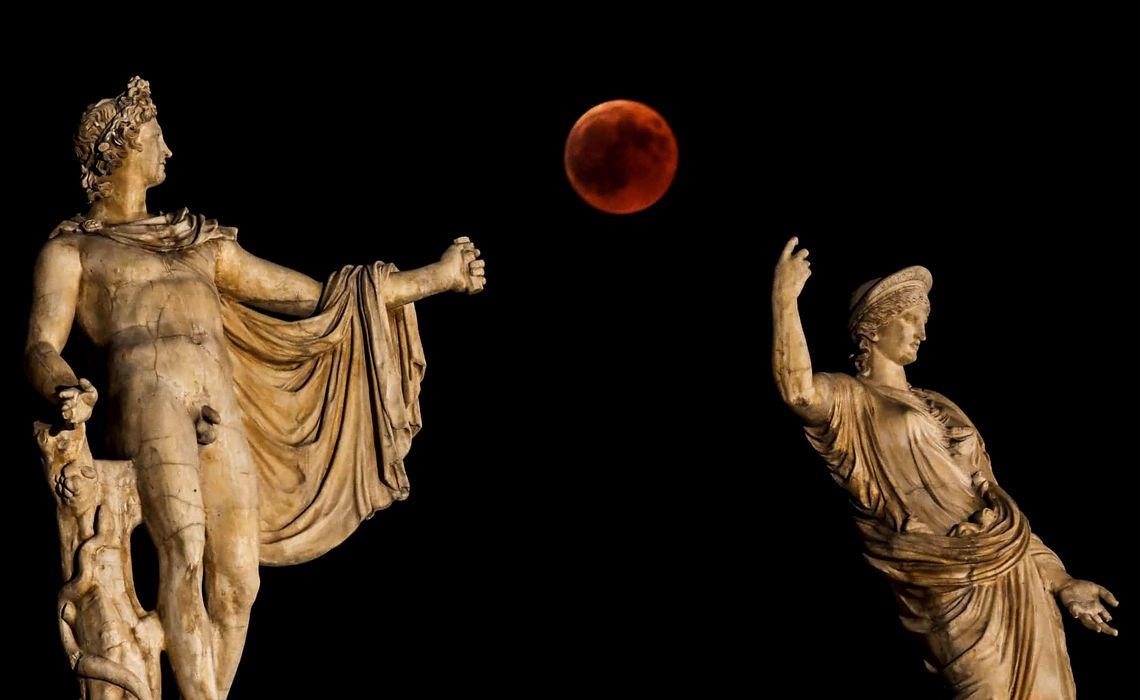 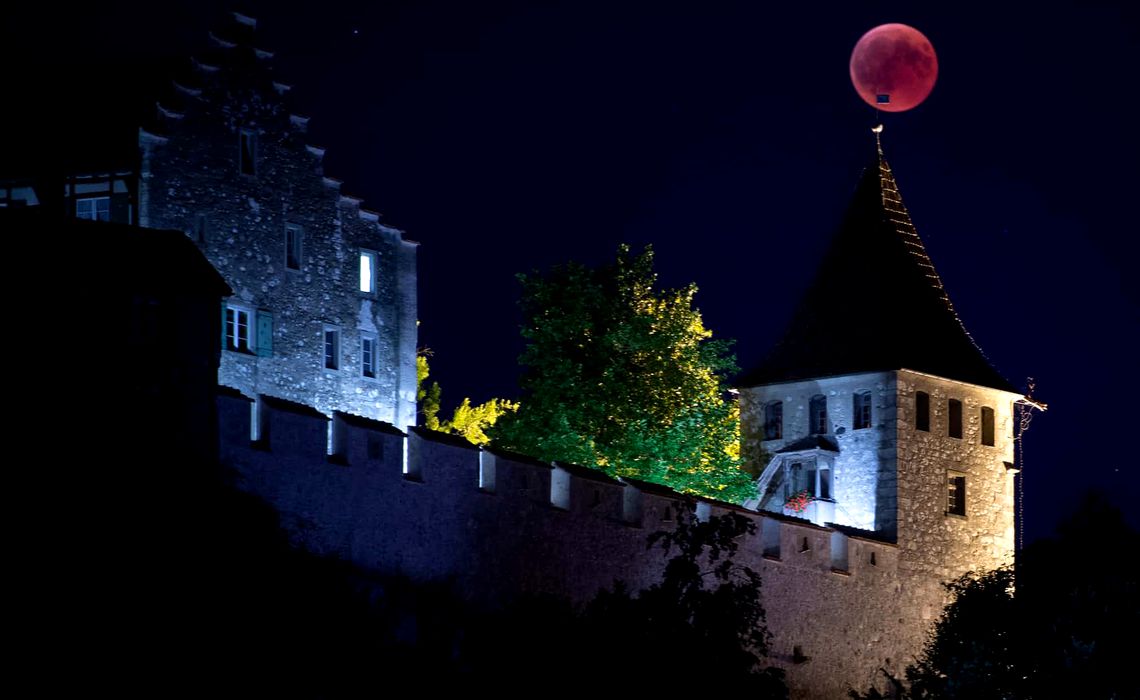 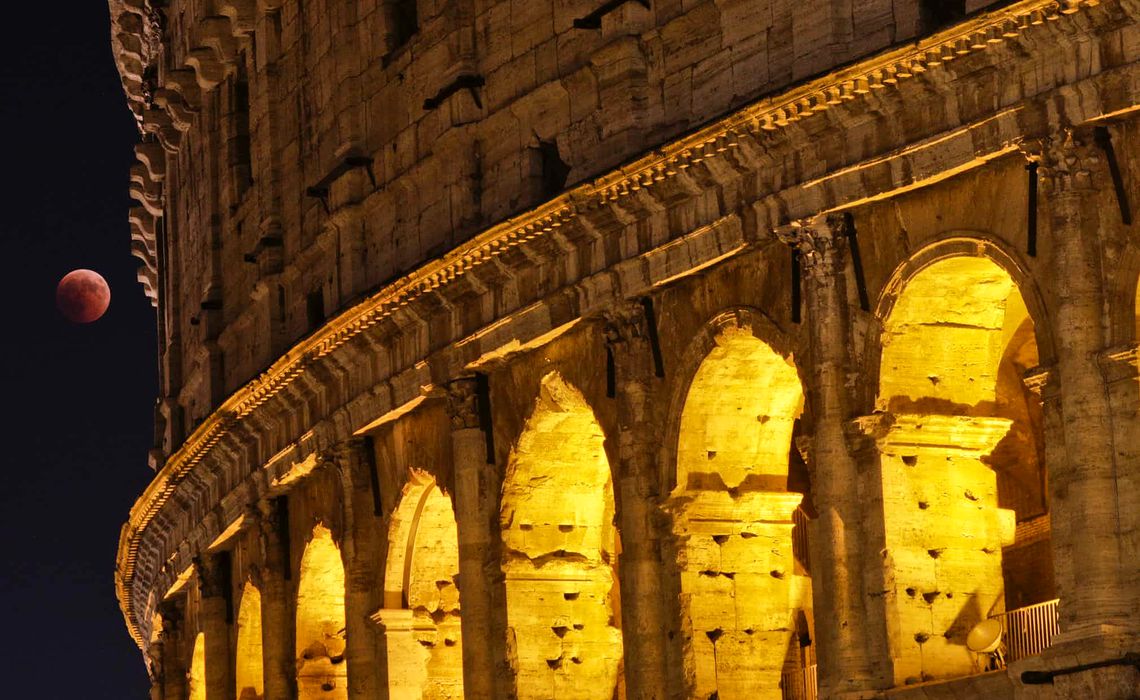 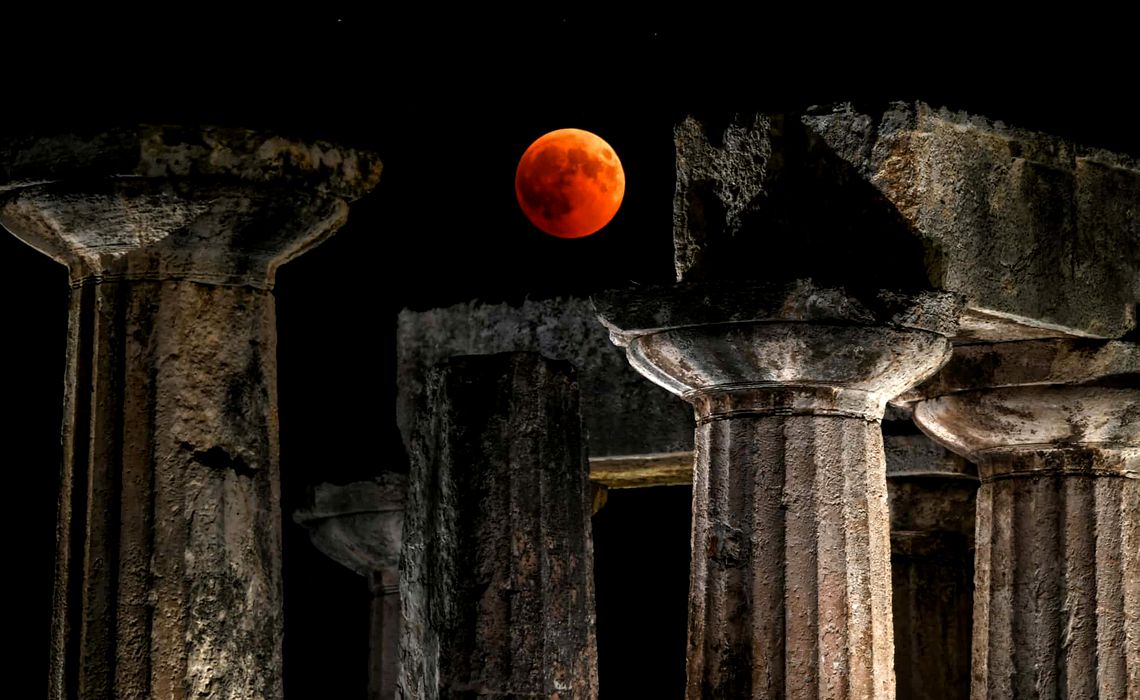 The temple of Apollo in Corinth, Greece 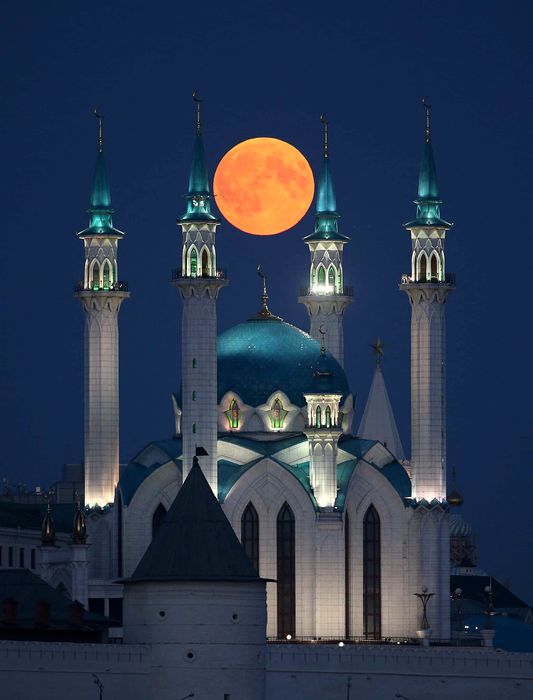 The Qolşärif mosque in Russia

The longest total lunar eclipse of the century has been watched by millions of people around the world — but the U.S. wasn’t invited to the celestial party.

For almost two hours the “blood moon” sat in Earth’s shadow, glowing a red-brown color as light passing through the planet’s atmosphere bent around its edge and fell onto the surface of the moon.

Still, stargazers in the U.S. won’t miss out on all the week’s heavenly delights. On Friday night Mars and the Sun were on exact opposite sides of the Earth, and on Tuesday the Red Planet will make its closest approach to Earth in 15 years, when the neighbors will be just 35.8 million miles (57.6 million kilometers) apart. It’ll look bigger and brighter than usual, although amateur astronomers may be disappointed to hear a dust storm currently engulfing the planet may obscure the surface details.

The lunar eclipse was only half of the day’s celestial spectacle: Skygazers also got an incredible view of a bright Mars.