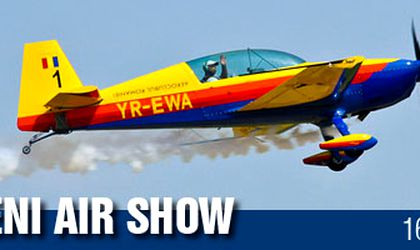 The most appreciated professional pilots of the moment will take to the sky between 9.00 and 13.00 on July 16, access being free of charge starting at 8.00. A special guest is Svetlana Kapanina from Russia, multiple world champion and believed to be one of the best female pilot acrobats in the world.

Closing of the air rally

An exhibition of civil and military aviation technique will be grounded in proximity to the air rally.

A photography exhibition celebrating the 125th birth moment of Henri Coanda – the inventor of the jet engine, will be organized on the corridor between passenger terminals at Henri Coanda International Airport in Bucharest.