Most awaited wonders of the West 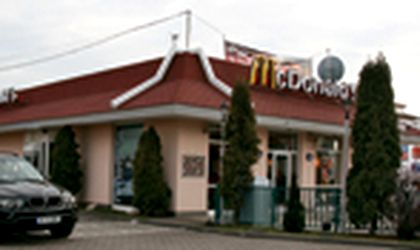 Marinopoulos Coffee Company III, the firm which owns the Romanian franchise for Starbucks, opened the first two coffee shops in Romania within Bucuresti Mall and Plaza Romania commercial centers in Bucharest last year. Romania was the coffee giant's first step into Central and Eastern Europe, and had been targeted from as far back as 2002 as an interesting market, but it was considered too early to enter it. Starbucks will open another store in Romania in March this year, within Iulius Mall in Cluj.

UK-based retailer Tesco has yet to open its doors in Romania, but local market players expect the competitor to come soon with one of its store formats. The owners of local PIC hypermarket chain, the Penescu brothers, recently said the UK retailer wanted to buy PIC, but the local owners refused. Although no official confirmation of interest in Romania has been forthcoming from Tesco, the retailer was said to be interested in opportunities in the west of the country, and was even considering entering with supermarket formats, a segment which still needs coverage in Romania.

Swedish furniture producer and retailer IKEA opened a first store in Romania in March last year in the Baneasa area of Bucharest. The retailer attracted 115,000 visitors in the first five days after opening, and two million visitors in 2007, triggering EUR 70 million in sales for the local unit. Moaro Trading, the company which runs the IKEA franchise in Romania, is planning to add two or three more stores in the next two years in Romania, due to the unexpectedly good sales in the first year.

Search engine company Google has recently established a local branch in Bucharest, after having already launched its contextual advertising products, AdSense, for Romanian websites in 2007. Prior to opening a local office, Google had only named Radu Tudorache as consultant for Romania, and the team which covered the country had its headquarters in Dublin, Ireland. In the first nine months of 2007, Google reported a net profit increase of 46.4 percent, to $2.9 billion.

Online store Amazon has yet to launch a website for Romania, although it entered the country by opening a regional office in Iasi in 2005, and was said to be opening a second in Bucharest, but with a focus only on development.