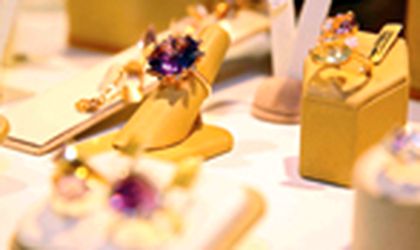 According to George Cojocaru, Romexpo president and GM, “The success of this part of the Luxury Show will represent a barometer for what luxury means in Romania. If there is a quintessence of the luxury concept, this is best represented by jewels.” The most substantial jewel collection will be exhibited by designer Oana Mizil, and is worth EUR 6 million. It includes a set of precious gems evaluated at approximately EUR 1 million. The new collection 'Heidi Klum' will also be presented by Royal Diamonds. The evening will also feature a diamond worth over EUR 150,000. The precious stone with the greatest value per volume ever presented in Romania will be brought to the show by Oana Ceciu, the only evaluator of precious stones in the country certified by the International Gemology Institute. The jewelry market is gaining more ground in Romania, which is being eyed as a potential market by prestigious brands in the business. Large groups which reunite some of the most important players in the world luxury industry such as LVMH, Gucci Group and Richemont have their eyes set on Romania and Bulgaria, according to the organizers of the event. “Unfortunately in Romania there are no studies which can offer a birdseye view of the jewelry domain but we can confirm that interest is higher than last year,” said Camelia Buda, GM of Eurexpo, co-organizer of the Luxury Show 2007. International analysis of the jewel market conducted this summer showed that the people most passionate about jewels are Americans. The United States was ranked first, holding a third of the global market. The Middle East, Japan, India and China hold the next position with about nine percent each. Contrary to expectations, Italy, which is the cradle of the art, fashion and jewel designers, can boast only 5 percent of the international market. Specialists foresee a 3 percent drop in sales in European countries with tradition in jewelry such as Italy and Great Britain. Consequently, alternative markets such as Romania, Bulgaria and Ukraine have become very interesting, according to organizers.