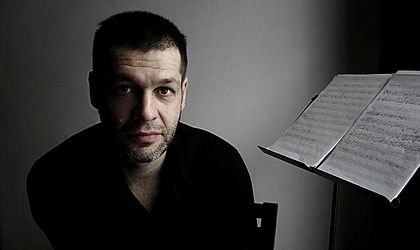 After more than a decade since his departure from Romania for a jazz career in New York, piano player Lucian Ban is returning to his home country with a special project, presenting his vision of America through music. The solo-piano recital is called American Landscapes and will take place at Teatrul Act, in Bucharest, on June 1.

Speaking of American Landscapes, Ban explains his fascination towards American music: “What fascinated me in my musical trips throughout the US was mainly the extraordinary diversity, with myriads of genres and sources from all throughout the world (America is the place for global immigration by definition), but especially through the ubiquitous avant-garde spirit and its constant experimentation”.

Ban is originally from Cluj, Transylvania, Romania. He currently lives in New

the forefront of contemporary modern jazz.

His talent has been remarked by film critics throughout the world. Jeff Stockton, jazz critic, for example observed that “Ban’s tasteful, reflective piano playing combines the elegance and technical precision of the European classical tradition with wide-ranging musical interests and a passion for improvisation”.

Watch a short presentation of the event below: