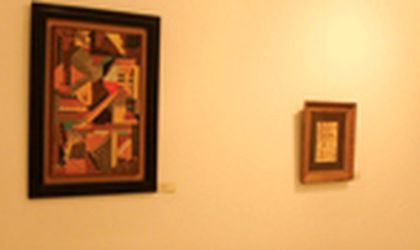 “The local and international art market is moving forward in the sense that investments in art together with those in precious metals have become an alternative for investments in movable assets, real estate and currency,” Dragos Farmazon, marketing director
of Artmark Art Galleries and Auction House, tells Business Review.
The progress of this market is also pushed forward by the growth in buyers' wealth. “Of course, given the rate of economic growth, the maturing of many businesses and the gradually increasing sophistication of business people, there is an increasing amount of time for and interest in investments that are on par with the social level they have achieved,” Farmazon tells Business Review.
“After an explosive year in 2007, a cold wind started blowing last year on the local and international art market, when works from the second echelon remained unsold,” says Luminita Ghildus, owner of Gold Art gallery.
“It is true that on the local art market, the last few years have seen spectacular annual hikes of around 50 percent in the average quotation, therefore an excellent profitability rate,” Farmazon says.
However, Romania is still lagging behind other countries with a tradition in this “industry,” both in terms of the availability of auction houses and the prices paid for the works up for grabs.
“The quoted prices of fine art works are still visibly inferior to those in other emerging Eastern markets,” says Farmazan. He adds that while in Budapest, for instance, there are 20 auction houses, in Bucharest there are only six.
Also, in Budapest the record price for which a local artist sold a piece in auction was more than EUR 1 million. Romania bears no comparison: record sales only sporadically approached EUR 100,000.
The only work that was up for grabs for a price that surpassed the psychological threshold of EUR 100,000 was a painting by Tonitza, “The Girl in Pink,” which was purchased over the phone, says Farmazon.
On top of these drawbacks, Romania is also lacking in an abundance of works art that exists in other European countries. “At the moment, the most sought for are oil paintings by local painters in the top echelons such as Nicolae Grigorescu, Gheorghe Petrascu, Theodor Pallady, Nicolae Tonitza and Samuel Mutzner. Contemporary art, which represents, in my opinion, the foundation for future collections, is not highly sought after by
buyers. And, in this, we differ from countries with tradition,” says Ghildus.

From anonymity to fame
When seeing it in its best shape showcased at an auction, few actually wonder about the journey a work of art has to make before hanging on the wall of the highest bidder. As soon as it is brought to the auction house, the work or object is evaluated by a commission of experts or specialists and only those that are found to be authentic beyond any question will enter the next stage.
“Before being presented in the auction, the work is studied, evaluated, a technical chart containing data such as provenience, period and artistic traits is drafted and it is scheduled to be showcased in a certain auction. It is photographed, put in the catalogue of the respective auction and on the site of the auction house and displayed two days before the session,” says Ghildus. The buyer who places the highest offer can collect it as soon as payment is made.
Auction houses in Bucharest have experts that are certified by the Ministry of Culture and are backed up by experience and reputation. Alis, for instance, has five experts while Gold Art has three, specialised in fine art and decorative art and certified by the Ministry of Culture, but the house also cooperates with other experts and museum specialists.
“Any object is closely studied and analyzed stylistically – the age of the materials, the preservation stage – and only afterwards is it put up for auction. In time we noticed that some collectors prefer to buy works that have undergone no intervention and then have it restored by the specialist they trust,” says Ghildus.
The work is then preserved in the security-guarded store room of the house until the date of the auction. The starting price is established in agreement with the seller and, if required, the item can be restored and re-framed, also with the agreement of the seller.
The next step is to draft a scientific presentation of the work by the department of documentation and research of the auction house, which is then introduced into the auction catalogue. At Artmark, the works are showcased approximately a week-ten days before the date of the auction, says Farmazon.

Art buyers have an eye for art and a full wallet
According to Farmazon's description, it is not difficult to recognize an art aficionado. This is a person who, before mention of diplomas or age, has a taste for beauty and especially for style.
“Art buyers are people who generally breathe good taste: from the clothes they are wearing to the caf