Get shaken and stirred at the Radisson 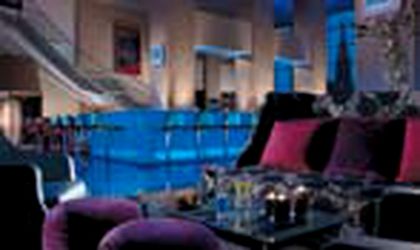 So last week I went to a rehearsal of the upcoming Martini Nights drink-up at the Radisson. I drank my way around the cocktail menu, and it was fabulous.
The deal is that Martini together with Radisson invite you to sample their bar. The House pays for your drinks, but be careful. There is a budget in place, so I strongly recommend that you go there early in order to benefit from their largesse before their money runs out.
It is this Wednesday, December 3 at 7pm. So put that date in your diary. Now let us examine what is on offer.
There is naturally the classic Dry Martini, made with Bombay Sapphire or Grey Goose. But a word of warning.You MUST specify how dry you want your Martini
to be blended. Do not leave it to the barmen. They are good, so they will follow your instructions to the letter.I followed with ‘Bronx Martini' made from Martini Bianco, Bombay gin and orange juice. It is garnished with a camp cherry, which, of course, real men throw away!
Away to a ‘Cranilla Martini' made from Martini Bianco, Grey Goose and crushed strawberries. It is sweet and lipstick red coloured, and that fact lends it to be a favourite of the girlies. But, boys, you should try it. Its great.
Off to a ‘Martini Fizz' – a simple Bianco spritzer with lemon. This one is ideal for people who lie with “I don't drink alcohol, but I will try this fizz.”
Next was a ‘Martini Rosso' with a slice of orange, or at your choice you could have orange juice. This is the perfect alternative to Campari.
There were three more on offer, namely, ‘Martini in the Mix', ‘Bianco on Ice', and ‘Asti Martini'. By this stage, I began drinking the circuit again.
When you go there, you MUST tell the barmen that you are with MARTINI NIGHTS when you order your drink, so as to distinguish yourself from other casual drinkers. Otherwise you will be billed.

RESTAURANTNEWS
I consider it to be an indictment on the Bucharest dining public that they shun good restaurants in favour of burned meat and mamaliguta, or choose gangster hangout restaurants instead of those which serve fine food.
So witness if you will, the fact that this year French Mon Jardin in Banu Manta closed down, and so did the fabulous French Heritage in Polona. I guess that sophisticated French cuisine is too intimidating to uneducated louts who were brought up on dog food before they inherited their un-earned land estates or homes by being friends of the PSD from 1980 onwards.
If further proof be needed that Bucharest Romanians are rejecting fine international cuisine, the good Thai chophouse, Siam on Eminescu, has now gone.
Sadder still is the closure of the low priced, good value Mediterraneo in Icoanei. This was a fun Turkish chophouse much favoured by expats of all nations. But as the number of expatriate corporate managers inevitably declines, their seats in the restaurant industry are taken by their Romanian replacements. And what does this new middle class choose? Flavourless, dehydrated burned meat is still the majority choice of this town, which is rapidly declining into a gastronomic desert.
Romania is correctly proud of its entry into Europe. But is Bucharest a true European cosmopolitan capital city? Oh, give me a break! One of several (but not many) benchmarks which define culture and social sophistication is the existence of real international cuisine in the host Nation. But as more international restaurant closures are imminent, you can draw your own conclusions.