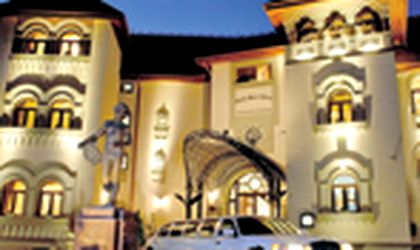 “The hotel activity has started to work. We are currently registering about five requests per day to rent rooms in the hotel. Mostly, the requests come from foreign business people,” said Lacramioara Topala, manager of the Romanian division within the hotel. Three months since the start of its room rental operations, the hotel has registered an occupancy rate of 80 percent, according to the company's representatives. It offers a range of prices from EUR 450 per night for a single room up to EUR 1,500 for the presidential suite. To rent the entire hotel, consisting of 19 rooms, one conference space, bar club and restaurant, costs EUR 15,000 per night, according to representatives of the hotel.
The facility, owned by the business man Adrian Petre, started with an investment of EUR 6 million. Petre bought the building for EUR 1 million in 2003 and invested EUR 330,000 in each room. The most expensive boutique hotel in Romania is based on the exclusive pattern of luxury foreign hotels and targets mainly foreign clients, according to the company.
“The rental requests come as a result of our marketing process and from the site feedback,” said Lacramioara Topala. Carol Parc Hotel is aiming for a full occupancy rate in 2008, according to the company.