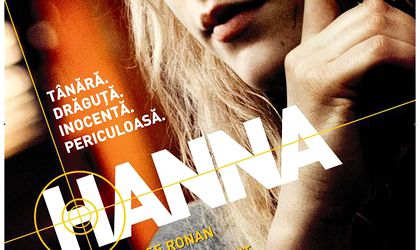 First, a warning: do not confuse this film with Hannah Montana. If you pitch up expecting to see a fluffy flick about Miley Cyrus living a double life as a pop star, this blood-soaked tale of a teenage assassin is likely to surprise you and possibly scar your children for life. Hanna is about as far from her Montana namesake as it is possible to be.

Which is an entirely good thing, as Joe Wright’s film is edgy, stylish, unusual and captivating. From the first scene, where Hanna (Saoirse Ronan) coolly stalks, kills and guts a stag for dinner in the snowy Finnish forest, it is clear this is not standard Hollywood fare. The 16-year-old lives alone in a remote cabin with her father Erik (Eric Bana), who has taught her umpteen languages as well as lethal fighting skills. It’s all in preparation for a mysterious mission, to kill CIA operative Marissa Wiegler (Cate Blanchett). The film follows the two females’ attempts to find and terminate the other first.

Of course, the Atonement director is not on wholly new cinematic ground. Luc Besson’s 1994 film Léon also centered on a teenage girl learning the assassin’s trade from a father figure. Like most post-Bourne spy thrillers, Hanna owes an obvious stylistic debt to that trilogy, with shootouts and chases set against gloomy Berlin tenement buildings and operatives taking public transport on grey days. But here the plot is also very Bourne again, involving a secret black ops program of which the CIA now wants to destroy all evidence (don’t they always?). There’s also a strong hint of Run Lola Run, a wonderfully quirky German film of 1998, which is echoed in Hanna’s techno-thumping score (by the Chemical Brothers), sprinting female and computer game aesthetics.

But even if Wright did borrow a little, the end result feels novel and refreshing. While the violence will deter some, the action sequences are splendid. Even so, they are almost overshadowed by a superb comic interlude when Hanna joins up briefly with an English family on holiday in Morocco. The adolescent killer’s lack of knowledge of normal teen behavior and family dynamics contrasts hilariously with the middle-class alternative parents (Olivia Williams and Jason Flemyng) and their shallow fashion victim daughter (Jessica Barden), a gem of a part with many of the best lines.

The British family is beautifully cast, but the film’s heart is Hanna and Marissa’s enmity. Irish actor Ronan has piercing blue eyes and alabaster skin that chime perfectly with Hanna’s detached innocence (as much innocence as a trained killer can have – part of the character’s complexity and ambiguity). She is exceptional in the demanding role, as is Blanchett, whose glacial baddy channels Cruella de Vil to make one of the more memorable screen villains of recent times.

It’s unusual to hang a serious film on a teenager and to make both protagonist and antagonist in an action movie female. Joe Wright has done both with aplomb. Hanna is a killer film, in both senses.