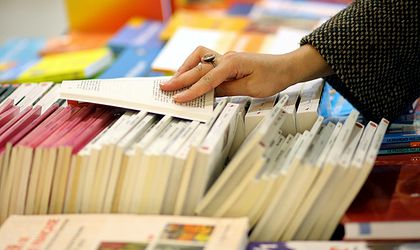 Until May 29th, the fifth edition of national book fair Bookfest is taking place at Romexpo and is bringing together from 10.00 to 22.00, authors, publishers, journalists, national and international cultural representatives, politicians and people of all ages and from the most various of backgrounds. Theater and music representations are also part of the programme.

At Bookfest 2011, the organizer, The Romanian Publishers’ Association (AER – Asociatia Editorilor Romani) wishes to bring in the spotlight the cultural heritage of Hungary and encourage the Romanian readers to discover it into more depth.

The Masca Theatre, managed and directed by the well known Romanian actor Mihai Malaimare, will perform a series of theatrical shows at Bookfest: Return of the Guardians, Ex Libris, Human Stupidity, as well as a Living Museum of actors impersonating living statues.

The bookworms’ club, area dedicated to the young readers in C5 pavilion, will be waiting for its long time or more recent friends offering very interesting creative and educational activities.

In order to keep with its stated purpose of enabling readers’ access to the book, the organizer offers free access of the visitors, on the premises of Romexpo (Exhibitions Centre Bucharest), in the pavilions C1, C2, C4, C5 and C6, out of which C6 has been designated to be the international one.