Fall in Love Festival will take place on September 4-6 2020 at Mogosoaia Palace. In order to celebrate the entrance in the new season, Fall in Love, the first autumn festival, will offer three days full of concerts and parties for the festival fans, one more day than the previous edition.

Mura Masa (UK), is one of the artists in full ascension in the British electronic scene. Real name Alex Crossan, a young composer and producer of electronic music is well known to the public for his hit „Lovesick”, that reached number one on Spotify Viral Charts in USA and UK, being still in heavy rotation in the playlists of many radios worldwide. His debut album entitled „Mura Masa” knew a huge success bringing him also two Grammy nominations, for „Best Electronic Album” and „Best Recording Package”. He was the first artist to be nominated for this album both as a musician and a creative director. Launched in July 2017, it sold 500.000 copies worldwide and reached over 1 billion streams.

Moreover, the remix for the song “Walking Away”, won the award for „Best Remixed Recording, Non-Classical” at the 61st Grammy Awards edition.

Little Dragon (SE) entered the international scene with the album „Ritual Union” (2011) and continued to inspire and surprise their audience with a different sound that combines the sonic texts with jazzy insertions, with a variety of elements from electronic to soul.  Another album, „Nabuma Rubberband”, received a nomination at the Grammy Awards (2014), while the singles „Sweet” and „Strobelight”, on the material „Season High”, entered in the Top A-listed singles at BBC Radio 6. The success continued, Little Dragon going on stage at some major international festivals such as Glastonbury, Coachella and Lollapalooza and performing in iconic locations such as Hollywood Bowl (Los Angeles).

Lemaitre (USA), Norwegian electronic duo indie from Los Angeles, started in 2010 in Oslo, when Ketil Jansen and Ulrik Denizou Lund decided to put into reality the free-form approach, inventive and totally contagious for music. Lemaitre debuted successfully their second song, „The Friendly Sound”, reaching overnight the number 1 on Hype Machine. But they became known for the series of EPs – „the Relativity Series” („Relativity 1”, „Relativity 2”, „Relativity 3” and „Relativity By Nite”).

In 2016, the group impressed the public and the critics with „1749” and „Afterglow”, two EPs that carry the listener into a journey through different musical styles from electro-swing and up to nu-disco or future bass. The success continued with the song „Closer”, chosen by Google for one of its spots and by the brand Bose. Also, the song „We Got U” was included as an illustration for a promotion trailer for FIFA 2017’s mobile app, while „Higher” was in one of Apple Watch’s TVCs.

GUESS WHO (Laurentiu Mocanu) became known with the launch of „Locul Potrivit”, a song with a strong social message, the singles „Manifest” and „Tot Mai Sus” launched afterwards maintaining his popularity. Guess Who started his career in 1999 when he launched the band Anonim alongside Zekko. For several years he collaborated with a series of Romanian artists because in 2007 he founded Okapi Sound with Grasu XXL, Agresiv (Mitza and Vlad Lucan) and Paco 10 Grei. In the same period of time, Guess Who launched 3 new songs from his debut album that were well received by the public and at the end of April 2009, Guess Who launched its first album „Probe Audio”. 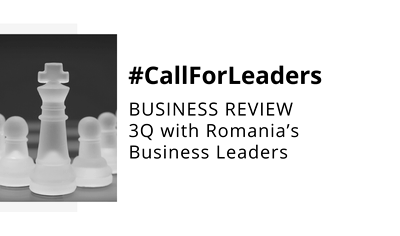 In 2010, at Romanian Music Awards, he received the award for „Best Hip-Hop Artist”.  Following that, the video for „Manifest” reach 7 million views on Youtube, shortly after its launch, being picked up afterwards by the TV and radio stations.  The second album, „Tot mai sus”, launched in 2011 brought him awards for “Best Album” and “Most broadcast song” („Tot mai sus” feat. deMoga) at Romanian Music Awards 2012.

GRASU’ XXL– Real name Dragos Nichifor, Grasu XXL started to sing at the age of 14, being passionate about hip-hop. His family music education was oriented more towards jazz and funk, as his father was a bass fan. The first record, „Personajul negativ”, was created alongside Paco 10 Grei and launched in 1999. Seven years later he continued with the debut album „Curaj”, where he collaborated with Maximilian, Paco 10 Grei, Bitza, Uzzi, DJ Swamp, Mari, Villy, Artan, Queen Bee and Houdini. In 2011, Grasu XXL came with a novelty: „LaLa Song”, a song that reached 1.500.000 views on YouTube in less than a month of the launch and brought him the award for „Best Hip-Hop” at Romanian Music Awards 2012.

At Fall in Love, festival-goers will fall in love with the architecture, the culture, the nature, and will enjoy the time with their friends and strangers, on music full of energy.

The passes for Fall in Love Festival 2020 are sold on www.bilete.ro and in the national network Bilete.ro: