The Royal wedding of the year! Prince Charles to walk Meghan Markle down the aisle. PHOTO & VIDEO 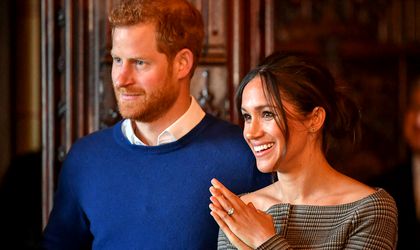 Prince Charles will accompany Meghan Markle down the aisle at St George’s Chapel when she marries Prince Harry, Kensington Palace has said, according to The Guardian.

Charles is standing in for Thomas Markle Sr, who told his daughter this week he would be unable to fulfil the traditional role as father of the bride due to ill-health, having reportedly undergone a heart procedure earlier this week. Meanwhile, Buckingham Palace confirmed on Friday that the Duke of Edinburgh, 96, who has been recovering from a hip operation, will attend his grandson’s wedding.

Markle’s mother, Doria Ragland, is to accompany her daughter in the bridal car.

The social worker and yoga instructor, who arrived from Los Angeles on Wednesday, is expected to be introduced to the Queen over afternoon tea at Windsor Castle on Friday. She has already met Charles, the Duchess of Cornwall and the Duke and Duchess of Cambridge.

As preparations for the Wedding of Prince Harry and Ms. Meghan Markle continue in Windsor, join us for a look at the route the newlyweds will take in a Carriage Procession following the Wedding Ceremony.Tomorrow, you'll be able follow the #RoyalWedding live in many ways on our official online channels; here on The Royal Family facebook page, and also on Royal Family, Kensington Palace and Clarence House twitter and instagram channels. Find out more: https://www.royal.uk/royal-wedding-prince-harry-and-ms-meghan-markle-online 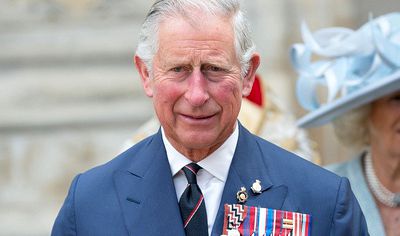 The route the newlyweds will take in a Carriage Procession following the Wedding Ceremony.

She will stay with Markle at the Cliveden House hotel in Taplow on Friday night.

Prince Harry has not yet met his future father-in-law, a retired TV lighting director who lives in Mexico.

Offering tips to Ragland on meeting the royals, the former England rugby captain Mike Tindall, who is married to Princess Anne’s daughter Zara, recalled a family reception before his wedding. “We had a drinks event the night before and they [the royals] are professional meeters-and-greeters, and I remember my family were in a corner and a little bit out of their comfort zone because it’s not where they are used to being,” he told ITV’s Good Morning Britain. But, he said, they were welcomed with open arms. With final preparations for the nuptials under way, it emerged that the wedding cake would be presented in a special installation, more a work of art than a traditional tiered display.

Claire Ptak said the triple-layered lemon and elderflower cake would be a “slight shift from tradition”.

“You’ll have to wait and see on the day,” said Ptak, the owner of Violet Bakery in east London. “It’s an installation of the way that we’re putting it out. It’s the last thing that we’ll reveal.”

The sponge sandwich, which will be decorated with elderflower swiss meringue buttercream and fresh flowers, contains 200 Amalfi lemons, 10 bottles of Sandringham elderflower cordial, 20kg of butter, 20kg of flour, 20kg of sugar and 500 organic Suffolk eggs.