The events industry in Romania, ready to go back to normal 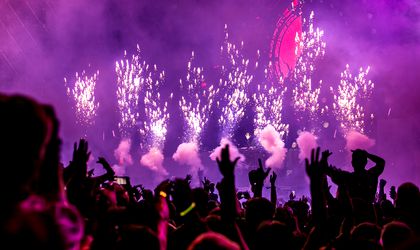 The Romanian Concerts Organizers’ Association (AROC) is optimistic regarding the restarting of the live medium and big events. Following the productive meeting with the Deputy Prime Minister Raluca Turcan and Government representatives on September 9th, were put the basis of the relaunch of the live sector in 2021, in maximum safety conditions.

During the following period there will be organized work groups, under the coordination of the Deputy Prime Minister Raluca Turcan, between the two parties mentioned above, meant to find solutions for the restarting of the country’s events’ industry. The events’ industry, not only in Romania, but worldwide, is among the sectors that were badly impacted by the Covid-19 pandemic, being one of the only industries that were stopped almost entirely for at least one year.

AROC is happy to have found in the Romanian Government an open and consistent partner in understanding the problems of this sector, being actively involved in finding support solutions for each segment in the events’ industry.

The inter-ministerial work groups that will start their activity during the next week (September 14-18) will have the privilege of exploring solutions and create a better understanding over the specific of this sector, offering the authorities knowledge in details and suggestions about a better handling in this moment and in the future.

Admitting the difficulties that the live events’ industry is confronting itself with, the Government proposes the creating of a State help scheme for this industry that contributes in a sustained manner both at Romania’s image as a country brand and from an economic point of view through the cultural tourism.

The festival culture, as an yearly business model, doesn’t benefit of the partial re-opening of the sector and a collapse of this industry will attract after it a series of closing of several production, stage-technique and logistics companies, that will have big effects over the technicians and the workers that activate in these connected industries.

The events industry in Romania means thousands of companies and NGOs involved in the organizing of indoor and outdoor events, concerts, festivals, etc., all of these summing up tens of thousands of employees, suppliers and collaborators whose professional activity was badly impacted, in most of the cases completely stopped. In this context, the Government’s support represents a breath of oxygen after many months of suffering, insecurity and immobility.

“We are delighted that the Deputy Prime Minister Raluca Turcan had the disponibility to receive AROC in order to discuss the problems this industry is confronting with. I consider that the biggest accomplishment of this meeting is the creating of an inter-ministry work group under the deputy prime minister’s coordination that will analyze the sanitary, fiscal and legal supporting measures of the industry in which would be involved also the entrepreneurial cultural musical scene. The reopening measures need to be corelated with the practical reality that only the AROC members are confronting themselves with. The private sector has all the openness in collaborating with the Government and with the State’s authorities in order to discuss and trace ways in the gradual and in safety reopening of the cultural area.

I believe the involvement of the private sector in these discussion will bring a plus and will lead to the optimizing of the sanitary measures imposed to the cultural sector in this moment that are created most of the times without taking in account the practical reality, due to an insufficient knowledge of the manners in which a concert or an event is organized. The fact that the Government shows that is open and ready for dialogue gives us the safety that we will pass through this difficult period of time.

We are convinced that only through this tight collaboration between the State authorities and the private sector Romania will come out stronger from this unprecedented crisis,” said Codruta Vulcu, Deputy President AROC.