Second Globe representation of ‘As you like it’ tonight 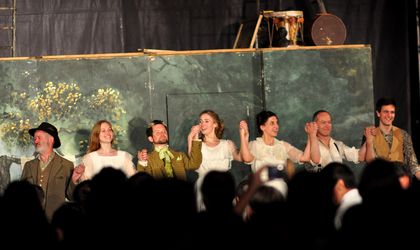 
The second representation of ‘As you like it’, performed by Shakespeare’s Globe Theatre, is taking place in Bucharest tonight, in the George Enescu square, in front of the Athenaeum.

The production, which is part of the theater’s  summer European tour, is staged in the Elizabethan theatre tradition, as it was performed in Shakespeare’s times.

The first representation took place last night in front of a captivated audience of more than 1000 people. The organizers say that the seating arrangements for Thursday’s representation have been supplemented.

DMCA
PROTECTED
Tags: As You Like It, Bucharest Athenaeum, Globe Theater, Shakespeare