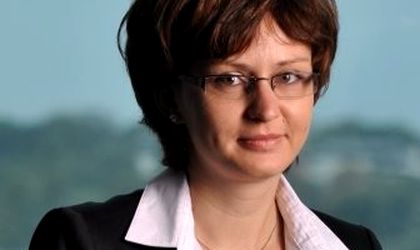 Rozalia Pal, Country and Financial Sector Analysis, Economics Department at the European Investment Bank, will be a speaker at the sixth edition of Business Review’s Foreign Investors Summit, taking place on October 29-30 at the Sheraton Hotel in Bucharest.

She will take part in the summit’s concluding panel discussion, “Is the road from emerging to developed country threat to FDIs?“.

Rozalia Pal has been working as an Economist at the EIB since 2017. Previously, she was the chief economist of Garanti Bank Romania, the Vice President of the Romanian Association of Financial Banking Analysts (AAFBR) and a lecturer at the Babes-Bolyai University in Cluj-Napoca and the Romanian Banking Institute in Bucharest. She is a graduate of the West University of Timisoara and has a PhD in economics from the Westfalishe Wilhelms-Universitat Munster. She also studied at the Academia Istropolitana Nova and the European University Viadrina in Frankfurt.