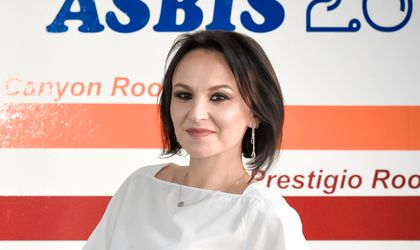 Oana Barbu – General Manager at ASBIS Romania, will be a speaker at the fifth edition of the Foreign Investors Summit, organized by Business Review between October 30 and November 1, at the Sheraton Hotel in Bucharest.

She will moderate the panel discussion “Investing in tomorrows’ workforce. Companies’ involvement in education and training programs” on the first day of the event (October 30) – more details available on the event page.

Oana Barbu believes in technology’s power to save the world. She is one of the few women with a long-term management experience on the local IT market.

Today, Oana is the General Manager of ASBIS, the IT distribution company representing ASBIS Enterprise’s Romania operations for over 20 years. Locally, the company had a turnover of over RON 200 million and is a trusted partner to over 1,500 companies in three large business segments: online retail, traditional resellers and B2B solutions integration companies.