More than 60 political, business and civil society leaders from across Europe debate at EUROSFAT 2020 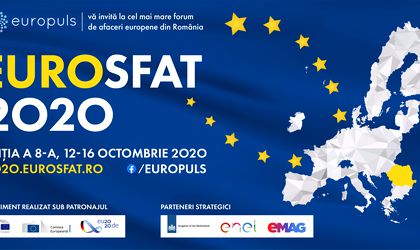 More than 60 political, business and non-governmental leaders discuss the main themes of the EU’s recovery plan – sustainable development, digitalisation and the European Green Deal, at the 8th edition of EUROSFAT, a forum organized between 12 -16 October by the EUROPULS – Centre of European Expertise.

“At EUROSFAT we will debate the newest topics on the European Union’s agenda. The European Recovery Plan, the digital transition, and the European Green Deal are being discussed in Brussels. We will connect Romania to these essential debates for our future. What will Europe and Romania look like in the next 10 years? But in 2050? How can we access as much European money as possible? What does the Green Deal mean for agriculture or poor regions? How will digital Romania look? We will discuss all these questions but also others at the EUROSFAT 2020 Forum”, said Dumitru Oprițoiu, representative of the EUROPULS – Centre of European Expertise. 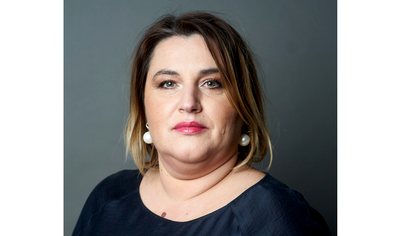 EUROSFAT will begin on Monday, October 12, at 1 PM with a panel on “Next Generation EU”, the record €750 billion program created so that the EU countries could recover after the crisis caused by the COVID-19

At the opening of this panel will speak: Ludovic Orban – Prime Minister of Romania (TBC), Dacian Cioloș– Renew Europe Group Leader in the European Parliament, and E.S.Cord Meier-Klodt – Ambassador of the Federal Republic of Germany in Romania and representative of the German Presidency of the Council of the European Union.

The opening session will continue with interventions from political leaders such as Siegfried Mureșan – MEP PNL; Victor Negrescu – MEP PSD; Dragoș Pîslaru – MEP USR PLUS, Cristina Buzașu – state advisor for European Affairs, Chancellery of the Prime Minister, Government of Romania. They will enter into dialogue with representatives of young people: presidents of youth branches from the main political parties, representatives of students.

Among the most interesting debates are:

The sponsors of EUROSFAT 2020 are the Embassy of the Kingdom of the Netherlands in Romania, Enel Romania, eMAG, Konrad Adenauer Foundation, Friedrich Naumann Foundation.

New Digitalisation and Simplification Measures in the Fiscal Procedure Code