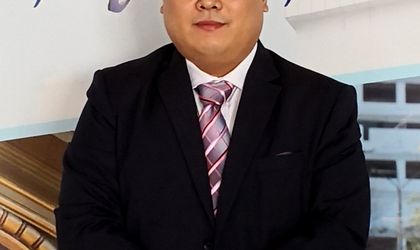 Liu Kai, Vice President of Huawei Romania, will be a speaker at the sixth edition of Business Review’s Foreign Investors Summit, taking place on October 29-30 at the Sheraton Hotel in Bucharest.

He will hold a presentation titled “Creating the present. Looking to the future.” on the second day of the Summit.

Born in 1983, Mr. Jay Liu (Liu Kai) joined Huawei in 2015, and has been working in Romania since 2016. At Huawei Romania, he worked as key account director in the Carrier business union until 2017. From 2018-2019, Jay was pointed as the leader of Enterprise Business Union of Huawei Romania and VP of Huawei Romania, focusing on the government & industry-related business, and covering central & local government, transportation, energy, finance, education, retail, etc. Mr. Jay Liu graduated from Leeds University in the UK in 2006, with a Master’s degree in International Marketing and Communication.