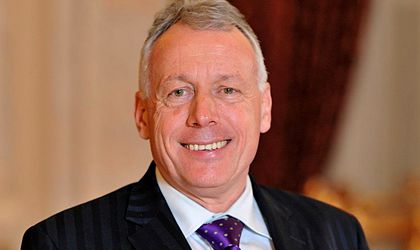 László Borbély, State Advisor and Head of the Department For Sustainable Development, will be a speaker at the fifth edition of the Foreign Investors Summit, organized by Business Review between October 30 and November 1, at the Sheraton Hotel in Bucharest.

He will be part of the panel discussion titled “The economic case for sustainability” on the second day of the event (October 31) – more details available on the event page.

Mr. Borbély has an extensive expertise in fields such as Global Environment Protection, Sustainable Development, Climate Change, Regional Development and Foreign Affairs, especially due to his experience as Secretary of State in the Ministry of Public Works and Regional Planning (1996-2000), Minister-Delegate in the Ministry of Transportation, Constructions and Tourism (2004-2007), Minister of Development, Public Works and Housing (2007-2008) and Minister of Environment and Forests (2010-2012).

He chaired the 19th session of the UN Commission for Sustainable Development, co-chaired the European Ministerial Board for Environment and Health and he was also appointed Vice-president of the Governing Council of the UN Environment Program. Since May 2017 he has been a State Counsellor of the prime-minister of Romania on Sustainable Development coordinating the implementation of the UN Agenda 2030 at national level.