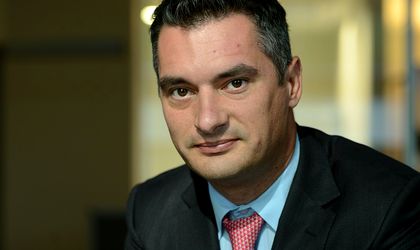 Florin Godean, Country Manager at Adecco Romania, will be a speaker at the fifth edition of the Foreign Investors Summit, organized by Business Review between October 30 and November 1, at the Sheraton Hotel in Bucharest.

Godean will take part in two panels on the first day of the event (October 30): “Harnessing Romania’s growth future” and “Investing in tomorrow’s workforce. Companies’ involvement in education and training programs” – more details available on the event page.

Experienced Country Manager with a demonstrated history of working in the staffing and recruiting industry, Florin studied Management and Economics at the West University of Timisoara (1996 – 1999). He completed his studies in Lausanne, at the International Institute for Management Development (2008-2010). Florin is a strong sales professional, skilled in: Negotiation, Outplacement, Business Planning, HR Consulting and Coaching.

Florin Godean leads the Adecco team in Romania since 2010. He has been with the company ever since it entered the Romanian market in 2000 (Timisoara). He ensured that all internal processes have a foundation for a healthy and efficient growth. Since 2011, when he was assigned as the Country Manager of Adecco Romania, the company has become the leader of the national HR services market.