Culture key figures to be honored with Constantin Brancoveanu Awards 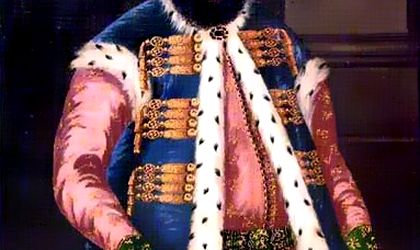 Because Constantin Brancoveanu was a great patron of culture, while under his reign, many Romanian, Greek, Slavonic, Arabic, Turkish, and Georgian texts were printed after a printing press was established in Bucharest – an institution overseen by Anthim the Iberian,  Alexandrion Group Foundation has decided to support the Constantin Brancoveanu Awards from this year.

This first edition of Constantin Brancoveanu Awards will take place on December 3, at Mogosoaia Pallace, and part of the awards are sculptures with the great Wallachia Prince made by the famous sculptor Ioan Bolborea. There will be seven awards given by a jury formed by Academy Member Dan Berindei, Academy Member Augustin Buzura, Academy Member Dumitru Radu Popescu, Professor Eugen Negrici, Professor Andrei Marga, Magdalena Bedrosian and historian Adrian Majuru.

To mark the 300 years of the martyrdom of Brancoveanu family, the Romanian government has decided to transform 2014 into a year dedicated to the great historical figure, a decision which has been publicized in the Official Gazette on Wednesday, January 8.