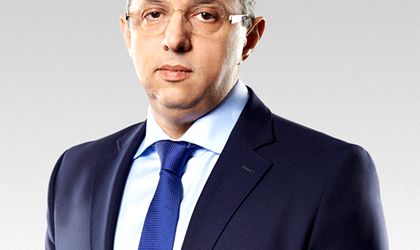 Cristian Nacu, Senior Country Officer for Romania & Moldova at IFC, will be a speaker at the fifth edition of the Foreign Investors Summit, organized by Business Review between October 30 and November 1, at the Sheraton Hotel in Bucharest.

Romanian born and educated, with more than 20 years of experience in private equity, investment banking and privatization, Cristian Nacu is one of the most experienced and respected managers and investment professionals in the region.

For 10 years he has been Partner in Enterprise Investors, one of the largest and oldest private equity firms in Central and Eastern Europe and he managed EI’s Representative Office in Romania.

In addition, for two years he has been also senior advisor of the President of the firm. Enterprise Investors has been one of the most active and successful private equity investors in CEE and Romania.

Previously, Cristian Nacu worked as investment professional for over 6 years for International Finance Corporation within the World Bank Group and for two years as top executive for Fondul Proprietatii de Stat, the former governmental privatization agency.

He also had a prestigious non-profit activity being board member or chairing many professional or non-profit organizations. He is Chairman of the board of Junior Achievement Romania, one of the world largest educational organization for entrepreneurial skills and has been for many years President of SEEPEA, the South Eastern European private equity association and board member of Nesst Foundation Romania, a supporter of social entrepreneurship.

Since March 1, 2018, Mr. Nacu has been running the IFC office in Romania as a Sr. Country Officer.