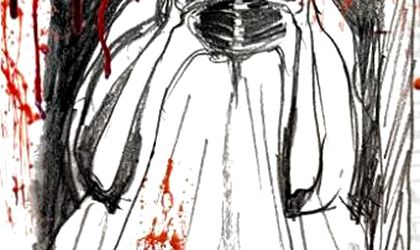 “Every morning at dawn, in the Lammermuir hills in Southern Scotland, the beautiful Lucia meets Edgardo of Ravenswood, a mysterious young man with whom she is in love. However, just as in Shakespeare’s Romeo and Juliet, the lovers are the progeny of two feuding families and do not have the right to love each other. The true story of Janet Dalrymple – who murdered her husband on her wedding night and subsequently paid for it with her sanity – had already inspired a novel by Walter Scott. Donizetti picked up the story and Lucia di Lammermoor enjoyed immediate success when first performed in Naples in 1835. Supported by a libretto of rare clarity and dramatic power, the composer raised bel canto to its apogee. Now emblematic of romantic opera, the famous mad scene today still embodies the magic of Italian music. Lucia, a magnificent flower shattered by the violence of a society of men, is embodied by South Africa’s Pretty Yende, a rising star of the opera stage, in this production by Andrei Serban, conducted by Riccardo Frizza,” notes the official website of the Opera Bastille.

Taking about this performance, director Andrei Serban declared: “In opera, as well as theatre, we are free to do whatever we want, to break taboos  like social lies out of which politicians win elections, as well as old and false taboos of sclerotic operational traditions. We penetrate another world, truer, deeper, in order to see in a mirror the reality of life full of obstacles, conflicts and miseries which we live and at the same time to be touched by ideal, by the dream of a better world. Lucia can provoke passion, revolt, sadness, joy, anger, yet I wanted to evoke the feeling that the ideal, not the future but for now in order to feel in theatre performance what does it mean to be human one hundred percent.”

The orchestra, choir and ballet of Bucharest’s National Opera are being reunited under the wand of Marcello Mottadelli. The decors are signed by Octavian Neculai, while the costumes are made by Lia Mantoc.

Tickets can be bought online from here. Prices vary from RON 15 to RON 120.