BSDA 2022, the most important defense event in the region, starts on May 18 in Bucharest 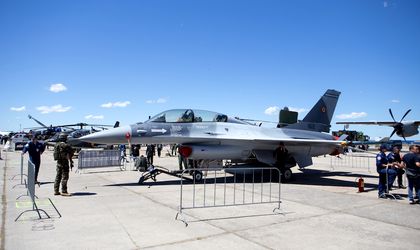 The 8th edition of Black Sea Defense and Aerospace – BSDA 2022, the largest exhibition of military, aeronautical and security equipment in Eastern Europe, will take place between May 18 and May 20 in Bucharest, at Romaero Băneasa. The event brings together prestigious Romanian and foreign companies, that will present their products and services to the representatives of the institutions of the national system of defense, public order and security but also to the over 300 foreign delegates. BSDA is also set up as a platform for Romanian companies to get in touch with the industry’s global players in order to conclude partnerships that will facilitate the transfer of technology and know-how to the national industry.

After the postponement of the event scheduled for the spring of 2020, amid the restrictions imposed by the COVID-19 pandemic, BSDA returns to Bucharest with the most extensive edition to date. Over 380 companies from the world defense, aeronautics and security industry, from 32 countries, have announced their participation and will present, during the three days, the latest products and services from the portfolio. As novelty elements, the American company Lockheed Martin will bring to Romania for the first time the simulator for the 5th generation fighter plane, F-35, and the US armed forces will exhibit the latest version of the famous M1A2 Abrams tank. In fact, among the participating countries, the United States has the most significant presence at the event, followed by Germany, France, Israel and Italy.

Along with the major commercial players in the industry, the event will host an exhibition of military equipment displayed by the Romanian and US Armed Forces and institutions within the Ministry of Internal Affairs, ANCOM, Radiocom and STS.

More than 300 representatives of the authorities, Romanian and foreign officials announced their participation in the official opening, scheduled for May 18, starting at 10:00. Prime Minister Nicolae Ciucă is also expected to attend the event, along the Minister of National Defense, the Minister of Economy, the Minister of Energy, the Minister of Health, the Minister of Transport, the Romanian Intelligence Service Director, the two chairmen of the Senate and Chamber of Deputies Defense Committees, numerous MP’s, secretaries of state and prefects.

BSDA 2022, the largest exhibition event in the Black Sea region dedicated to the defense industry, is organized by TNT Productions Romania, with the support of the Romanian Government and the US Embassy in Bucharest.