BNI to organise international networking event on February 7 in Bucharest 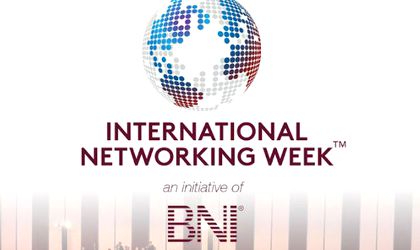 Networking doesn’t only mean closed groups or acquaintance networks. BNI believes in networking based on communities whose members support each other authentically, based on the principle “Gain by giving”. Beyond business and contracts, a community means people, solid relationships, opportunities, know-how, inspiration, creativity, development together with others.

The event BNI will hold on February 7 at Athenee Palace Hilton, called “Opportunities 2019: growing businesses, developing communities” aims to bring together promoters of such communities which inspire us every day to take advantage of the opportunities we encounter.

Attendees will include representatives of well-known local and international communities, who are recognized for the way they conduct networking, inspire, promote and develop their members so that they have a significant impact in their fields, as well as over 100 Romanian entrepreneurs who want to develop their businesses in more sustainable ways.