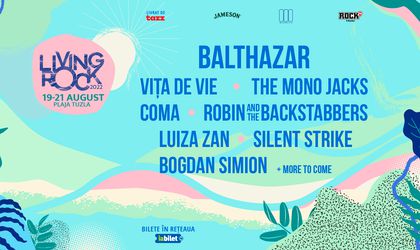 Living Rock, the only alternative music festival by the sea, will take place on the weekend of August 19-21, on Tuzla beach. Unlike the first two editions, when Romanian artists were the headliners, this year, the Belgian indie pop/rock band Balthazar will also perform on the stage beside the Black Sea.

The Belgians will debut under the moonlight, on Tuzla beach, with their successful albums: Sand and Fever. Sand is their latest album and was completed in the midst of the pandemic, and numerous restrictions have pushed them to adapt and experiment from sound to recording. This new reality led to a completely different album from the rest of the discography but was loved by millions of fans.

llinca Ghișoiu, the representative of Magnetic Dreams Events, the organizer of the festival, said that “we really wanted to bring a band from abroad this year as well. It was a natural addition to our alternate line-up, and the Balthazar boys were delighted to end their summer on Tuzla Beach. Otherwise, we want Living Rock to keep its relaxed atmosphere, and the audience, which comes for music and vibe, to meet their favorite Romanian artists from the local underground”.

Luiza Zan, one of the most important jazz figures in Romania, Bogdan Simion, a collector of traditional music and fiddler, and Silent Strike, composer of electronic music and film music, are just some of the local names that will delight the audience at the end of summer. Like last year, during the three days, greening actions will be organized, tours around with guides, and birdwatching sessions for bird lovers. The festival-goers will enjoy camping in the shade of olive trees, relaxation and play areas for children and adults, and many other surprises. 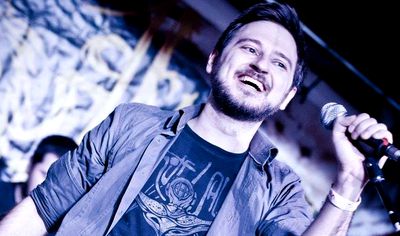 Read more about
Cosmin Ionescu: Living Rock is a big community united by the love for authentic music
read more

Tickets are on sale on the iabilet.ro platform and more details about the Living Rock festival can be found on the event’s Facebook page.