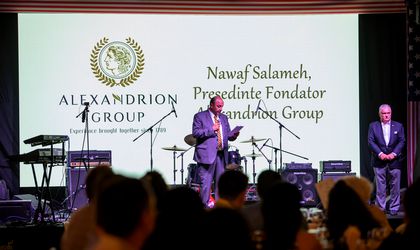 Alexandrion Group, the biggest producer and distributor of spirits and wines in Romania, is supporting a series of events marking the US Independence Day, organized in Romania, in July. These partnerships are an expression of the Group’s commitment to strengthening the ties between Romania and the United States of America.  On the business side, the Alexandrion Group has been present in the USA for several years and is in the process of building a distillery in New York, which will be the 4th largest in the country.

Mr. Nawaf Salameh, Founding Chairman of the Alexandrion Group said: “This year Alexandrion Group is celebrating the US Independence Day three times. The strategic partnership between Romania and the USA is a solid anchor for our country’s security, economic prosperity and social wellbeing and Alexandrion Group is doing this year, just like in the previous years, all the necessary efforts to support and nurture it. I am proud that my family business is contributing to deepening this partnership, not only by our retail operations, but by building a distillery in New York, which will be the 4th largest in the USA. Moreover, not long ago, in May, we introduce our Carpathian Single Malt, the first Romanian single malt whisky, to the world, through an event organized in Washington, at the residence of the Romanian Ambassador to the USA, Mr. Dan Andrei Muraru.” 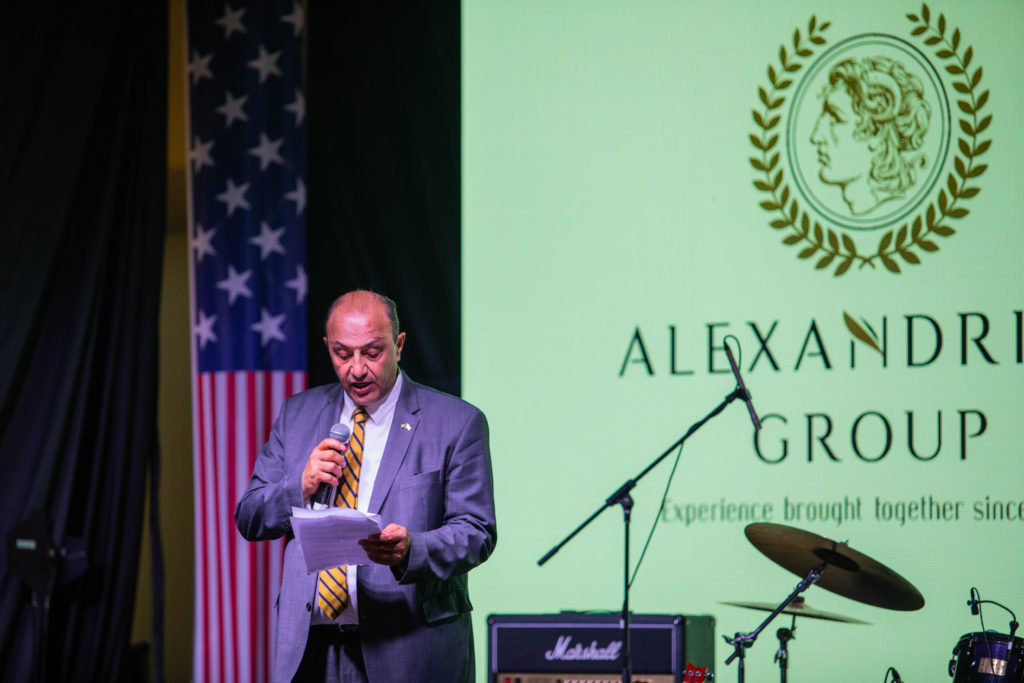 On the 4th of July, Alexandrion Group and His Excellency, Ambassador Adrian Zuckerman (ret.), organized a lavish event at the Buftea Cinema Studios, attended by hundreds of guests: diplomats representing the Embassies of various countries, key business people, market influencers, celebrities and media.

The event was a journey in time and space, depicting various settings and ages of the American continent, recreated at the heart of the Buftea Cinema Sudios. The guests were welcomed with drinks and appetizers in the historical piazzeta „Quincy Market” of Boston, where all the elements, among which historical buildings, flags, carriages, costumes, reminded of a US Independence Day celebrated in the 1800s. The event continued with a garden party on the lake, where traditional US dishes paired with the Alexandrion Group’s flagship spirits and wines, among which Brancoveanu Vinars, Saber Elyzia, Alexandrion Coffee and Alexandrion Greek Orange, as well as Carpathian Single Malt, were served. The sparkling wines from the Rhein Extra range, the official supplier of the Royal House of Romania, which were also served at the Coronation Ceremony of King Ferdinand I and Queen Mary in 1922, gave a royal touch to this special occasion. The evening was spiced up with a live cooking show, caffe concert, jazz, pop and country music, as well as an enchanting musical show which included musical pieces from famous shows such as Cinderella, Jesus Christ Superstar or My Fair Lady. The finale, marked by a fireworks and laser show which captured the audience’s hearts was the perfect ending to a spectacular evening. 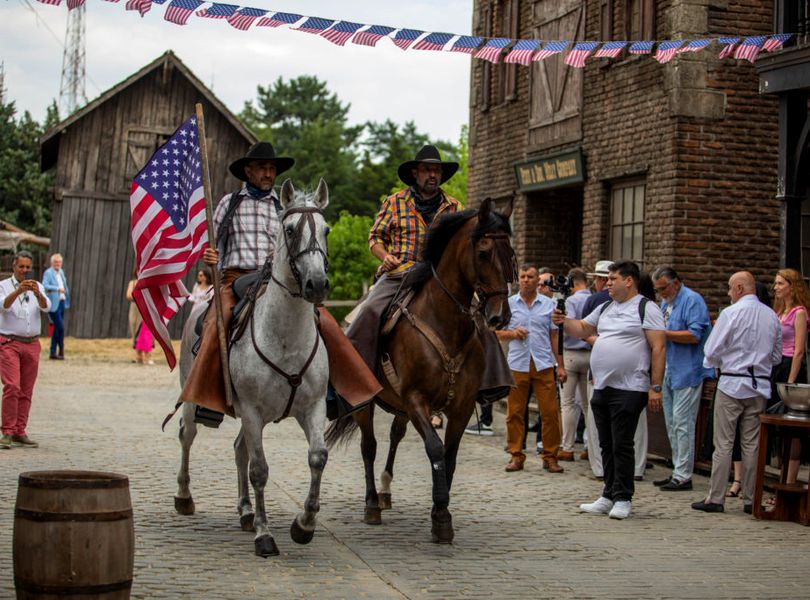 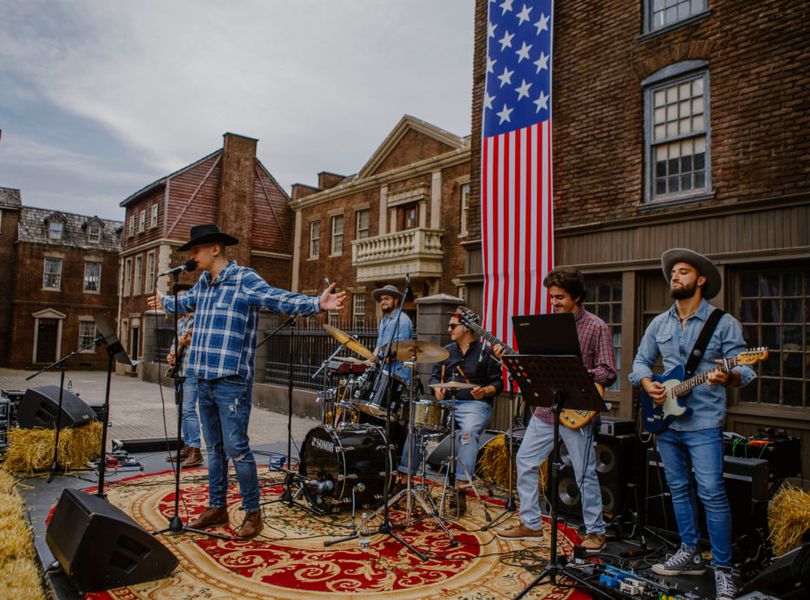 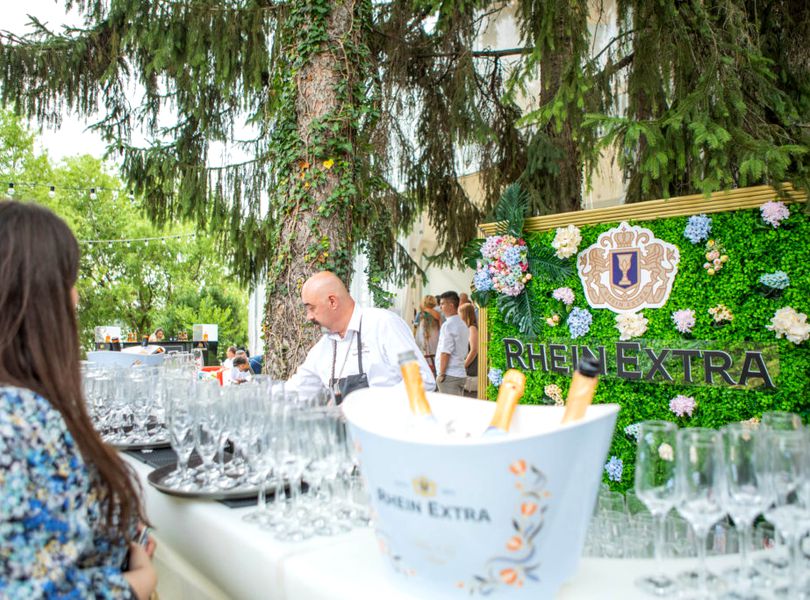 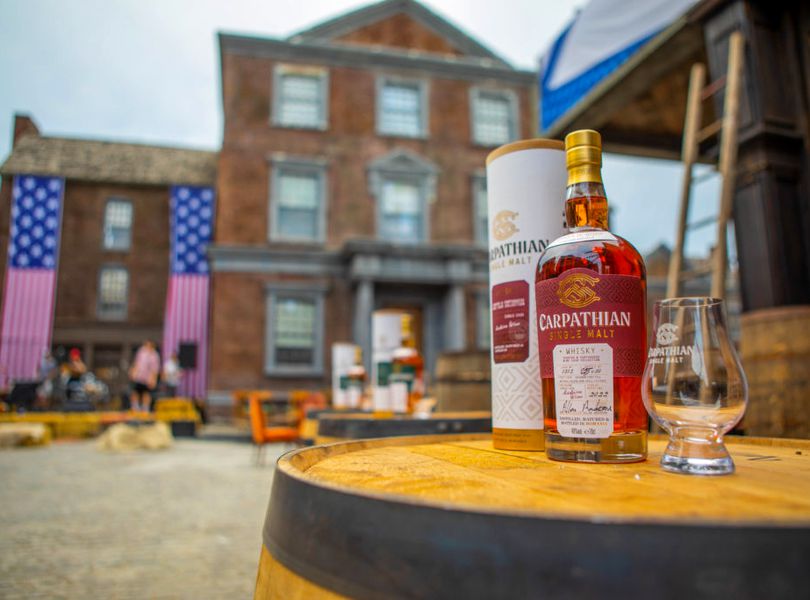 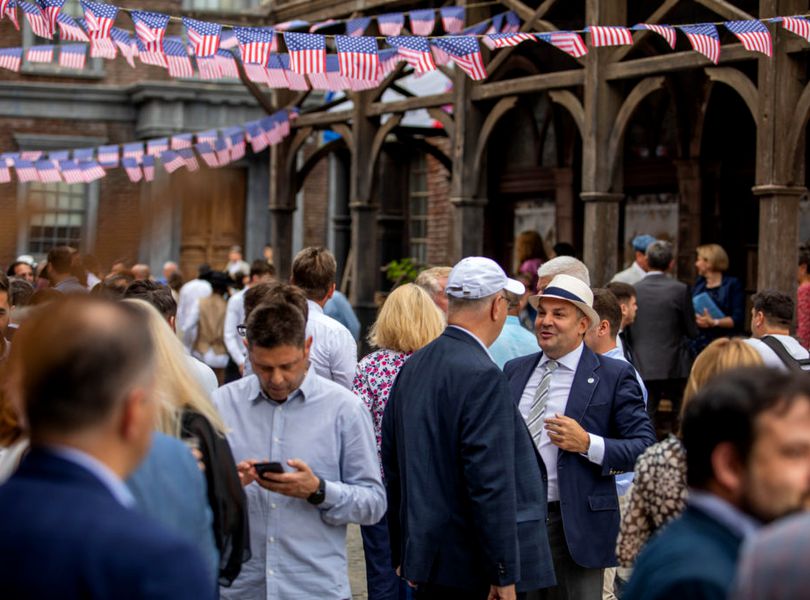 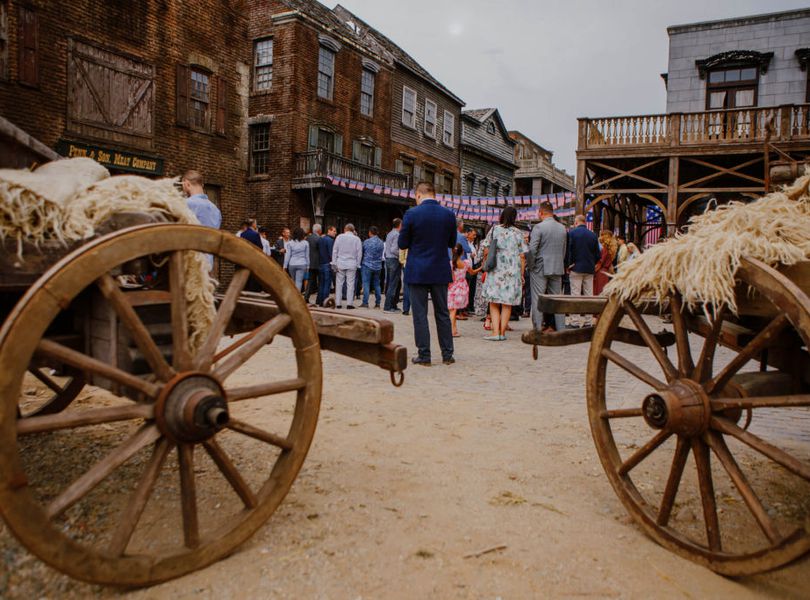 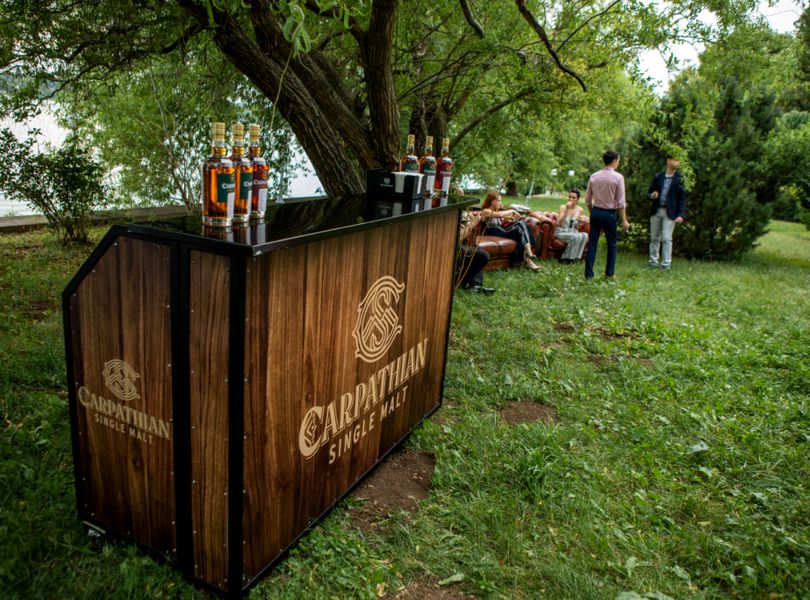 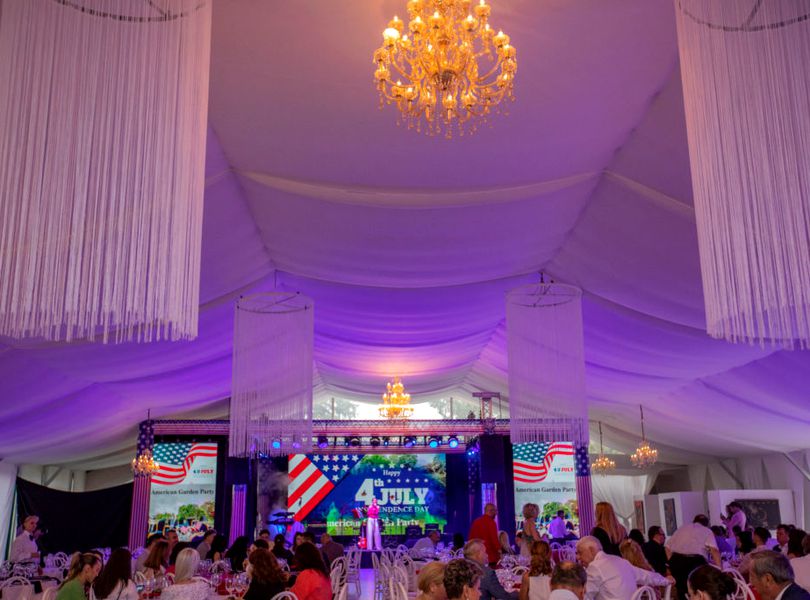 Ambassador Zuckerman(ret) stated that it was “a pleasure to celebrate America’s Independence Day with co-host Nawaf Salameh and our many other friends in Romania. After 246 years America remains the greatest country on earth. America’s democratic system and free market economy has created more wealth and prosperity than any country in history. America has selflessly used its resources to protect freedom, democracy and human rights for millions of people around the world. I am incredibly proud to be an American. I have always said that Romania has no better friend than the people of the United States. God bless Romania and the United States.” 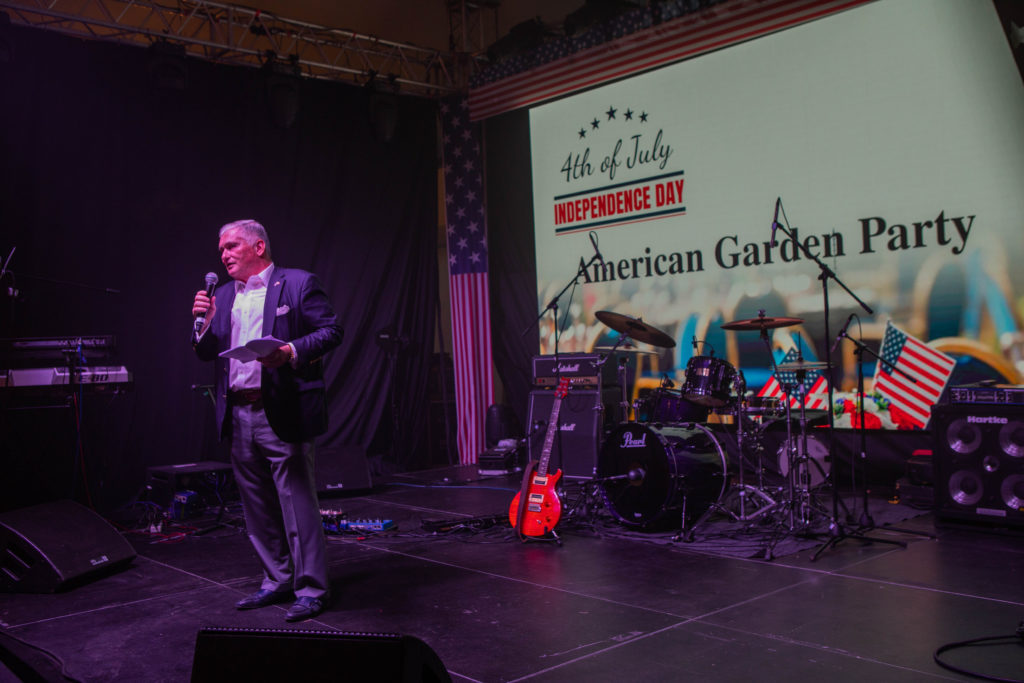 Mr. Nawaf Salameh concluded: “America is a country that is very dear to me, with positive and genuine people. I spend a lot of time there, traveling back and forth. So, organizing this event tonight felt natural and made me happy. I felt part of the celebration.”

Just like in the previous years, Alexandrion Group was partner at the event organized by the Embassy of the USA to Romania on the 1st of July, where it entertained the guests with spirits and wines from its portfolio.

The third event from this series that Alexandrion Group is delighted to support will be the US Independence Day Party organized by the American Chamber of Commerce in Romania, on the 6th of July. Alexandrion Group is a member of the Chamber and actively involved in the initiatives launched by the business organization.