EUR 57,369 collected for the benefit of Save the Children and Unicef NGOs through Soft Animal Toy Campaign 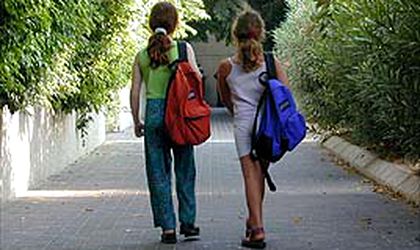 Globally, Ikea Foundation’s Soft Animal Toy campaign managed to raise EUR 11.4 million, which will be donated to UNICEF and Save the Children campaigns. Locally, EUR 57,369 were collected for two projects of the NGOs local branches.

One of the two programs supported through this campaign is UNICEF’s Multifunctional Center for Early Development, aimed to offer equal development chances to children with special needs or who come from disadvantaged families. Save the Children’s program Competent parents, healthy children – Parenting Development in Romania” offers support to children whose families are found in vulnerable situations, a fact with very strong repercussions on the child’s communication abilities and psycho-social development.

The campaign was developed in over 300 Ikea stores around the globe between November 1 and December 24. For each of 8.6 million soft animal, children’s book, Ikea child product or menu sold in that interval, EUR 1 was donated for the campaign. The campaign began in 2003 and through last year’s donations, UNICEF and Save the Children may extend their current projects and initiate new ones in countries from Africa, Eastern Europe and Asia.