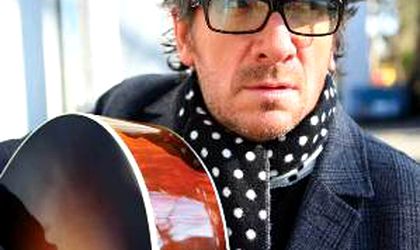 British singer Elvis Costello will give his first concert in Romania on November 3rd. The concert will take place at Sala Palatului. The  concert is part of the artist’s European tour through Athens, Vienna, Istanbul, Prague, Berlin, Amsterdam, Oslo, Stockholm and Brussels.

Tickets are available through the Eventim network, and promotional prices are still on the offer for the next ten days.

Costello is known for songs such as “She” and “I want you” or for the House MD soundtrack, in the series second season (the Beautiful remake).

He started his musical career in 1997 with the “My aim is true” album, and was dubbed by critics a “pop encyclopedia” “able to reinvent the past according to his own vision.” Some of his reference album is “Imperial bedroom” from 1982, which he recorded with The Attractions. Rolling Stone Magazine included him in the 100 Greatest Artists of All Time chart.