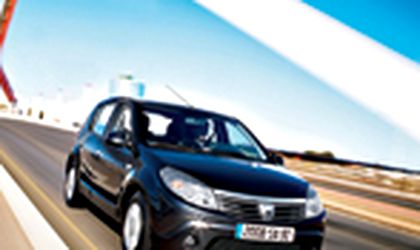 Given that it shares the same platform as the Logan, it also shares the same production line as the rest of the Dacia range. More than 70 percent of its components are also found on the Dacia Logan, which facilitates the production of the two models on the same line and also permits development and purchasing savings.
The Pitesti factory is the second of the group's production sites to produce the Sandero, which will progressively go on sale in the majority of European markets starting from June. According to Constantin Stroe, Automobile Dacia vice-president, the price of the new model will range from EUR 7,000 to 10,000 for its best equipped version. The Romanian factory will produce some 600 Sandero cars per day.