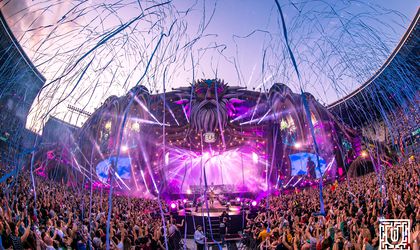 Organisers of the UNTOLD music festival on Wednesday released the second batch of tickets for the festival’s sixth edition, to take place between July 30 and August 2, 2020. Approximately 17,000 fans bought their tickets in just 4 minutes and 36 seconds. In the first ticket sale round earlier in November, over 15,000 fans had purchased their tickets for UNTOLD festival in just 30 seconds.

Considering that the average price of a subscription was EUR 110, it can be estimated that in less than 5 minutes of open sales, across the two rounds, the organisers collected about EUR 3.25 million. In total, more than 32,000 tickets have been sold so far for the sixth edition of the festival.

At the first edition, the organising costs for the festival amounted to EUR 5 million. As production increased considerably, this year’s anniversary edition reached a cost of about EUR 16 million.

UNTOLD festival was ranked as the 8th best festival in the world by specialists, outperforming world famous music festivals like Burning Man or Coachella.