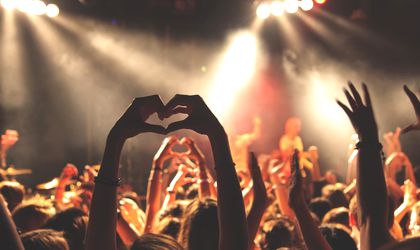 With a large number of music festivals all over the country, most having enjoyed great international PR, Romania is well-positioned as a party destination. Although we are still waiting for big names such as U2 to perform in the country, event organisers have already announced some surprises for 2020.

The year’s most important events

Lara Fabian is returning to Romania with two concerts, one in Cluj-Napoca (Jan 14) and one in Bucharest (Feb 3), presenting her latest album and enchanting the audience with her greatest hits.

Tarja Turunen (Jan 23), one of the most famous feminine voices, is going to perform a video show with 360-degree projections.

Bruce Dickinson (Iron Maiden) will bring a one man show to the Romanian public, a performance full of stories from the band’s history and from his autobiographical book. Save the date, Feb 8, and go to What Does This Button Do?: An Evening With Bruce Dickinson.

Still remember the lyrics of Daddy Cool? Great, then you have to book your ticket to the Boney M concert (Mar 8). The band is celebrating 45 years of performances and the event is going to have an opening act by Precious Wilson (Eruption). Bring on the memories. Pink Martini with China Forbes (Mar 30) returns to Bucharest for yet another outstanding performance. Almost sold out, so book your tickets ASAP.

Summer festivals on my mind

Summer starts with a brand new electro-techno festival in the heart of the capital city, called Saga Festival (June 5-7), featuring Disclosure, Don Diablo, Faithless DJ Set, Marshmello, Meduza, Alan Walker, Sam Feldt, Sigala and Tiesto, as well as many others. Get into the groove.

The British vibes will be brought by James Arthur (July 9), who already mesmerised the Bucharest audience during his last performance.

Electric Castle (July 15-19) has already announced the first names of this year’s lineup: twenty øne piløts, Foals, The Neighbourhood, Fisher, Zhu. And the best is yet to come, as we already know.

Judas Priest (July 21) is coming back to Romania with a concert at Arenele Romane, as part of the 50 Heavy Metal Years tour. This is history worth seeing live, we bet.

This year’s biggest hit will be Celine Dion, who is going to perform in Bucharest on July 29, as part of her Courage World Tour. Tickets are selling quickly, so book your place.

Of Monsters and Men, Nothing But Thieves, Tom Walker and Woodkid will all be waiting for you at the 10th edition of Summer Well (Aug 7-9).

Classic is always fantastic, so they say. David Garett is back in Romania presenting Unlimited love tour, with two performances, one in Bucharest (Oct 21) and the other in Cluj-Napoca (Oct 23).

And the best is yet to come.

Cosmin Ionescu: Living Rock is a big community united by the love for...