Still Young? Ready for The Night That Never Ends?* 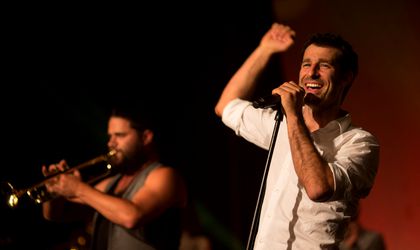 Once upon a time, it was February 2014 and great news hit Romania: for the first time, the Australians from The Cat Empire were about to come to our country. The first lucky ones were the people of Timisoara, where the concert took place, during JazzTM. One year later, in 2015, The Cat Empire came to Romania again, at the third edition of Electric Castle. The rest is history: the artists from the Aussie band like our country, so since then, they tour here, in Romania.

“We came to Romania for the first time after we found out that “The Lost Song”, one of our songs which we never promoted very much, was a big hit here. We were very curious to see what it was like in the country that “adopted” this song and we wanted to discover more – that’s why we are here today,” said Felix Riedl, the leading vocal of the band, during the press conference held at Electric Castle. Since then, The Cat Empire returned to Romania at least once per year. And in 2018, we are very privileged: the second concert is due to take place on October 31, at Arenele Romane, in Bucharest.

But who’s who? All official information notes that The Cat Empire are an Australian ska and jazz band formed in 1999. Their core members are Felix Riebl (percussion and vocals), Harry James Angus (trumpet and vocals), Will Hull-Brown (drums), Jamshid “Jumps” Khadiwhala (decks, percussion), Ollie McGill (keyboard and backing vocals), and Ryan Monro (bass and backing vocals). If we should name a genre for them, it will probably be a fusion of jazz, ska, funk and rock with heavy Latin influences. Currently, the band over 1200 shows all over the world, offering an unique and dance-inducing live show.

For over a decade, The Cat Empire have been known as one of the world’s greatest party bands. Their colourful, genre-bending music, shipped across the world in traveler’s backpacks seems at home almost anywhere, and yet the band has always been a kind of illusive stranger, say the official description of the band. Millions of people around the globe bought tickets for their performances and went on to sell over 2 million records. Yet every time the band is asked, ‘how would you describe your music?’ – there is no clear answer, other than it is for dancing to. That seems to be the official response, notes the official website of the Aussies.

It’s a fact that The Cat Empire music could be played anywhere in the world and people will connect, regardless their language and culture. Each and every song of them are colourful and has these familiar themes that The Cat Empire have become known for: summer, freedom, journeying, shirking responsibility, running from the dark side, and less obvious, some love.

If you are wondering what’s the song writing process – well, the band explains that is as spontaneous and unexpected as the live delivery for The Cat Empire, and with over 80 recorded songs under their belts, just about any experience or thought can become fodder for new material.

“They have accumulated fans as voraciously as stamps in their passports; a global army of people of all ages who tell stories of driving hundreds of kilometres, giving up day jobs, flying across the world, falling in love in a crowd, and overcoming the insurmountable in order to wave their hands in the air in revelry at a show”, explains the band their public. And if you participated to one of their concerts, you know it’s true.

And it’s all about the public. Recently, The Cat Empire invited fans to send a photo of themselves to be included in the ‘Rising With The Sun’ album cover art. As a result the band managed to include over 3500 photos of their fans from around the world.

For the Bucharest concert, the tickets are available online at www.iabilet.ro and start from RON 95 to RON 125.

*two of the most well-known songs by The Cat Empire