Neversea 2019: Everything you need to know about the festival 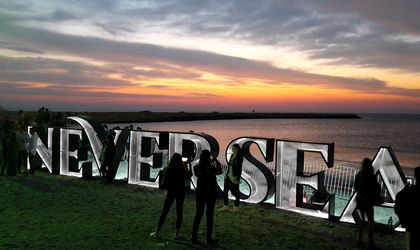 If you’re coming from western Europe by plane, Bucharest will probably be your first landing spot. You should know that there are special minibuses going from Bucharest International Airport to Constanta. Almost every bus from Bucharest to Constanta stops in front of the Constanta Railways Station. From there to Neversea Beach is a 15-minute walk in a straight line or you can take a bus.

Minibuses from the airport are just one way to get to Constanta. You can also take the 780 bus from the airport to Gara de Nord (Bucharest’s Central Station). From Gara de Nord you could take on of 8-10 trains that go to Constanta every day, but note that these are very crowded at this time of the year. A ticket for a Bucharest – Constanta one-way train costs about RON 60 or EUR 13. Normally the trip takes about 2.5 – 3 hours, but Romania’s railways are known for delays, so you should keep your fingers crossed.

Another way to get to Neversea 2019 is by coach. Not far from Gara de Nord there is a coach station, with coaches leaving for Constanta every 30 or 45 minutes. The ticket costs somewhere between RON 40 – 60, or EUR 9 – 13.

You can also ride to Neversea 2019 using the Blablacar ridesharing app for long distances, also at affordable rates.

Life during Neversea 2019 in Constanta

The easiest way to find accommodation in Constanta is not to look inside Constanta city, but in the areas around it, if you want to find something cheaper. Usually in this period, a one-bedroom apartment costs somewhere around RON 400-500 or EUR 90-100. The most expensive places are on Booking and AirBnB, where the private owners will try to profit as much as they can during Neversea 2019.

Don’t try to find accommodation in from of Central Railway Station in Constanta. You will be ripped off and it may not be safe. Hotels in Constanta are already fully booked, so the closest rooms you could find are in the Mamaia resort, with prices starting from EUR 100 per room.

In order to facilitate access to the festival area, the RATC (state-owned transportation company) will supplement the transport offer with a shuttle bus, “Neversea”, departing from Mamaia to Tomis Harbor.

Access to Neversea beach is through the Tomis Harbor. Once in the festival area, the first and most important thing the fans of the festival have to do is to change their ticket to a festival wristband at one of the check-in points. The Ticket Holder will have to go to the check-in tent with a valid barcode ticket and an ID card to receive the wristband. Young people under the age of 18 will need, in addition to the ticket and identity card, a document certifying parental consent. Access for minors under 14 is only allowed on the basis of a valid ticket and if they are accompanied by a parent.

You won’t be allowed to enter the festival premises with the following items: school bags, drugs, bottles, lasers, bags, sprays, knives, weapons, blunt objects, pyrotechnics, food and beverages, animals, umbrellas use of cloaks), flammable or explosive materials, professional cameras or video cameras, including any type of DSLR device, any type of object that may harm other participants.

Items allowed: purse / bib (maximum allowed size 21cm x 29cm) medications, insulin, drops medicinal use, asthma inhaler spray. Any such products are permissible only if they are accompanied by a medical letter or any other document replacing it and at most a daily dose.