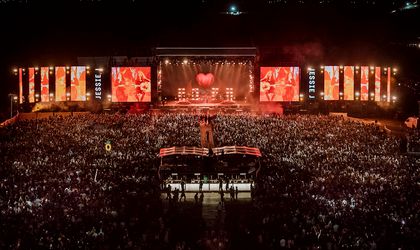 After Neversea, Ed Sheeran, Electric Castle, Bon Jovi and The Cure, which gathered hundreds of thousands of people, the festival season continues with Untold, AfterHills, George Enescu, Metallica and dozens of other events across the country.

Frames analysts estimate that more than 1 million viewers this season will bring the Romanian festival market to a historic value of over RON 600 million.

240,000 participants at Neversea, over 200,000 at Electric Castle, 60,000 at Bon Jovi. These are some of the figures that come to outline the size of a business that has exploded in recent years.

The Romanian festival market has recorded one of the most spectacular growths in the economy, and not just in terms of audience, estimated this year by the Frames consulting firm to over 1 million people. Beyond the tickets sold, the festival business amounts to tens of millions of dollars in revenue from services, food and beverages to transport, tourism, promotional products and related businesses.

“Cluj is currently the benchmark for business in this sector. Beyond the growth of tourism potential, Untold means a horizontal business, with dozens if not hundreds of connected companies, from which the entire city gains, from tour operators, carriers, the food sector, authorities, taxes, etc.,” say analysts at Frames. 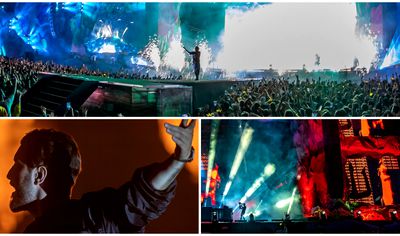 Read more about
Over 60,000 people attended the first day of Neversea
read more

According to the study conducted by the consulting firm, revenues in this sector reached, last year, a level of RON 472.6 million, more than RON 80 million over the results of 2017.