“Killer” Seal back in Bucharest 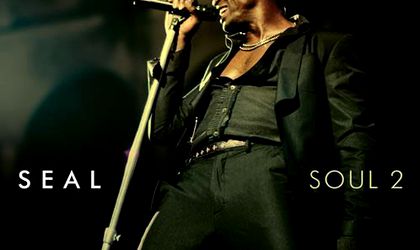 Grammy Award winning vocalist and songwriter Seal will perform for the second time in Romania all of his hits as well as songs from his brand new album, Soul 2, on November 27 at Sala Palatului.

Seal’s powerful music transcends genre and has had a phenomenal effect on music lovers worldwide. From emotional, romantic love songs such as Prayer For the Dying, Don’t Cry, and the Grammy Award-winning Kiss From A Rose; to dance and soul-infused pop hits like Killer and Crazy and moving renditions of classics on Soul and Soul 2; Seal’s unique voice continues to capture the hearts of millions.

Soul 2 is the eighth studio album by British pop singer with eleven covers which brings his silky, inimitable voice to a lush collection of romantic soul classics primarily from the ’70s, including those by Marvin Gaye, Bill Withers, Al Green, and Teddy Pendergrass, among others.

Over the course of a remarkable career that spans more than two decades, Seal has won four Grammy Awards and sold more than 20 million albums worldwide, enjoying success across numerous genres of music. His emotional, romantic love songs, such as “Prayer For the Dying,” the Grammy Award-winning “Kiss From A Rose,” and “Don’t Cry” (all from 1994’s Seal II), and “Love’s Divine” (from 2003’s Seal IV), delighted fans and earned him critical acclaim.

Tickets for Seal’s concert can be purchased online at Eventim or in the Eventim network which comprises Germanos, Vodafone,Orange, Domo stores, Humanitas and Carturesti book stores, starting date June 13.

For more information about the artist and the tour, visit www.Seal.com.