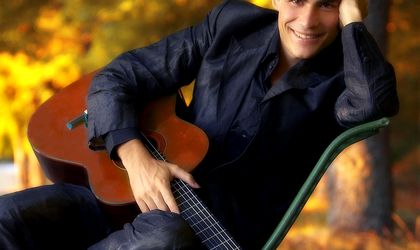 Together with You (Insieme a te) is a show for Woman’s Day by one of the most popular tenors in the world, performing alongside the Ion Dacian National Lyric Orchestra. Safina has enjoyed a glittering international opera career, performing on the top stages. In early 2000 his popularity soared when he combined classical with pop music to create a new style, which he labeled “Rock Opera”. Tickets are available from the Eventim network in partnership with www.vreaubilet.ro at RON 50, 100 and 150.

Hailing from Japan, Plunklock is a visual kei band formed in November 2010. Their music combines elements from “kayokyoku” (Japanese traditional music), pop, rock and metal. Shortly after their first live shows, in Tokyo in 2011, the band released two singles Teardrop and Breakout. In 2012, Plunklock will go on their first European tour in an attempt to popularize visual kei, Japanese style rock.Tickets at RON 40 are available through www.vreaubilet.ro.

Pablo Sainz Villegas, considered by critics one of the greatest guitarists of our time, will connect with the audience in a live performance. The concerts will comprise a selection of compositions for guitar written by leading Spanish composers.

Surrounded by great flamenco musicians such as Ricky Rivera (guitar), Ale Benitez (bass), Javier Katumba (percussion) and Anabel Rivera (vocal accompaniment), David Palomar, who creates flamenco in the most spectacular fashion, will give two concerts featuring a selection of songs from his shows La Dada del Poncho Rojo and Homenaje Flamenco a Chavela Vargas. Tickets can be purchased from ArCub (14 Strada Batistei) for RON 26.5 and 35.