Movie openings for the March 23 weekend 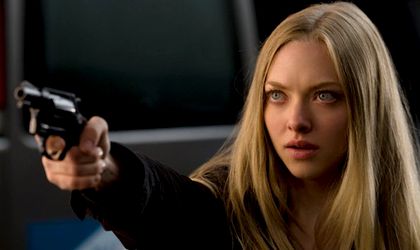 In the suspense thriller Gone, Jill Parrish (Amanda Seyfried) comes home from a night shift to discover her sister Molly has been abducted. Jill, having escaped from a kidnapping a year before, is convinced that the same serial killer has come back and taken Molly. Since the killer leaves no trace, the police don’t have any evidence and can’t help her. Afraid that Molly will be dead by sunrise, Jill sets out alone on a nail-biting chase to come face-to-face with the killer.

The plot of the film is set in the ruins of what was once North America, where the evil Capitol of the nation of Panem forces each of its twelve districts to send a teenage boy and girl to compete in the Hunger Games.  The nationally televised event the Hunger Games are a punishment for a past uprising and an ongoing government intimidation tactic in which “Tributes” must fight with one another until one survivor remains.

We Need to Talk About Kevin

The adaptation of Lionel Shriver’s 2003 novel We Need to Talk About Kevin follows Eva Khatchadourian, the character played by Tilda Swinton as she struggles to come to terms with her son and the murders he’s committed in a school massacre. The film premiered at the 2011 Cannes Film Festival. The novel won the 2005 Orange Prize, a U.K.-based prize for female authors of any country writing in English.