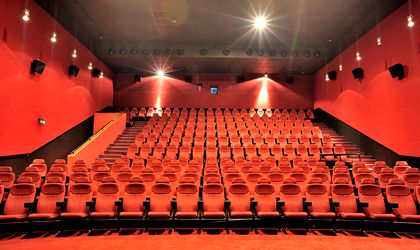 The cultural association Control N – partner LIM – Less is More – the European platform for the development of scripts for movies with small budgets – is calling for entries for the first edition of the new project for 2017, in three different countries in Europe.

LIM aims to support the European writers and directors that are at the first, second or the maximum three movies, whose feature films can be realized in the limit of a maximum EUR 500.000 budget. The deadline for the application in Romania is January 8 2017.

LIM backs both the directors in the fiction movie area and the documentaries’ sphere, as well as the artists that come from fields such as theater and visual arts.

The LIM structure is composed of three sessions of workshops, with a duration of 1 week each. The workshops are about to be organized in 2017 in three different countries in Europe: Belgium (March 5-12), Romania (June 5-13) and France (October 1-8).

The creative resistance is dedicated to a number of 23 participants in Europe, with 16 featured projects and a group of four movie producers in Europe willing to develop the capacity of implication in the developing stage of a feature film, with limited budget. The full developing scenario process during the residence will be supervised by four professionals in the field, consultants with experience in scenarios and active screenwriters. Moreover, the participants will enjoy the presence of a group of specialists in the movies with reduced budgets (producers, directors, etc.).

LIM offers the participants also a set of two special events – one during the International Movie Festival Transilvania (TIFF) 2017 and one online, via the VR platform.