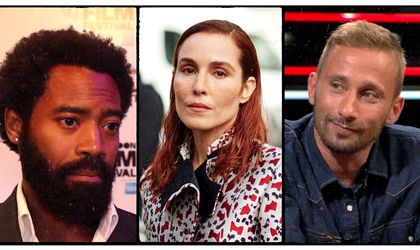 Brasov countryside, Bucharest and Danube area are going to be the set for “Django” series with Matthias Schoenaerts, Noomi Rapace and Nicholas Pinnock. The series is  an English-language reimagining of Sergio Corbucci’s classic 1966 Western which is set in the Wild West of the 1860s and ’70s.

Star of “Prometheus,” “Sherlock Holmes” and “What Happened to Monday,” Noomi Rapace will play Elizabeth, who is described as a powerful and merciless enemy of John Ellis, notes Variety publication. Along with his fiancee Sarah, John Ellis is the founder of New Babylon, a city of outcasts which welcomes everyone from any background, race or creed. Haunted by the murder of his family eight years earlier, Django is still looking for his daughter, believing she may have survived the killing. He is shocked to find her in New Babylon, about to marry John.

Nicholas Pinnock, known for  movies such as “The Last Tree” and “Dark Encounter” as well as popular TV dramas “Counterpart,”“Fortitude,” “Marcella and “For Life” — takes the key role of John Ellis, while Schoenaerts plays the role of Django.

According to Variety, “Django” series is supported by the Romanian government, and it will shoot on location over six months in Racos (Brasov countryside), Bucharest and the Danube area. The entire 10 episodes are going to be filmed entirely in our country. This is the largest television production of all time made in Romania and one of the largest international film productions after “Cold Mountain”, which was also filmed in Romania.

Moreover, “Django” is an impressive production whose international team includes over 300 Romanian and European technicians and artists, currently in the city of Brasov, around which the filming is currently taking place.

In the village of Racos near Brasov, the team built the impressive scenery of New Babylon. The decor, imagined by the scenographer Paki Meduri and built by the film’s team of wood and archaic materials, uses methods from more than 150 years ago, with attention to details and care. The decor accurately reconstructs the style of the Western American era which presents a fabulous location reminiscent of Arizona’s famous Grand Canyon.

“Django” is directed by Francesca Comencini, who will also be the series’ artistic director. The 10-part series was written by “Gomorrah” scribes Leonardo Fasoli and Maddalena Ravagli, who co-wrote the series treatment with Francesco Cenni and Michele Pellegrini.

The series is a production of CANAL+ and Sky Studios, with the help of Cattleya (Italy), Atlantique Productions (France), Odeon Fiction, StudioCanal and Frame Film (Romania).