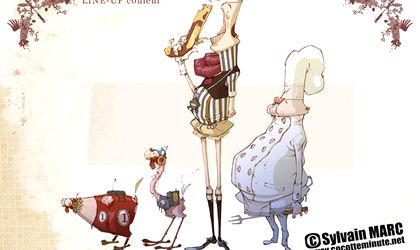 This weekend, June 14-16, French Institute of Bucharest offers the public the possibility to watch several movies from the past editions of Brest European Short Film Festival at Cinema Elvira Popesco.

From the four corners of the continent, the Brest European Short Film Festival includes a selection of 200 artworks that preview the new narrative and aesthetic trends in tomorrow’s film-making. InBrest, the short film form brings cultures to light and wins recognition for the viewpoint of young European filmmakers over to the present-day.