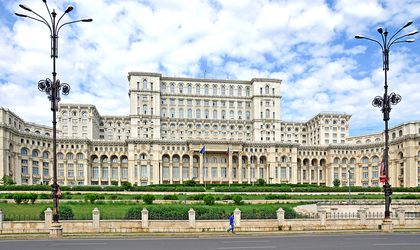 From the large art museums hosted in grand edifices, such as the former Royal Palace or the Palace of the Parliament, to the picturesque Village Museum and the Museum of Romanian history displaying an impressive gold artifacts collection, Bucharest has something for everyone.

Hosted by the Sutu Palace, one of the oldest aristocratic residences in the capital, the Museum of Bucharest Municipality is an art and history museum hosted in a palace located right in the center of the Romanian capital. A history and an art museum in one, it regularly displays exhibitions and collections including heritage pieces relating to the history of Bucharest’s city life. A major point of attraction, the exhibition called ‘Time of the City’ takes visitors on a journey through the city’s century-old history.

Housed in the Palace of the Parliament, the world’s heaviest administrative building, the National Museum of Contemporary Art (MNAC) is the best place to discover the works of new Romanian and Eastern European artists. The palace itself, built by former dictator Nicolae Ceausescu, is also definitely worth a visit. With its 1,100 rooms, twelve floors and eight underground levels, it dominates the skyline of the city.

The National Museum of Art of Romania enjoys a privileged location, in the center of the city, inside the former Royal Palace. It offers on display a permanent collection that includes works by Romanian and international artists. The permanent collection of the Grigore Antipa Natural Museum, Bucharest’s museum of natural history features no less than 2 million items, pertaining to the zoological, paleontological, rock and mineral and ethnographical collection. While exhibits on all floors should be inspected in detail and at ease, make sure not to miss the floor dedicated to ‘Romanian Biodiversity’. This is the place to go for carefully curated collections of paintings as well as objects gathered from all around the world by Romania’s aristocratic families. You will find, among others, a fine selection of paintings and pastels by famed Romanian painter Nicolae Grigorescu. This open-air museum is located in Herastrau Park, one of Bucharest’s largest. It showcases 300 old village houses, churches, windmills and more from all regions of Romania. This is also a great spot to purchase souvenirs and traditional Romanian objects made by local craftsmen.

Visit the Museum of Romanian History for its impressive collection of objects made of gold, including jewelry, war objects and the iconic Dacian bracelets made of solid gold.