Bucharest – the “Vegas of Europe” according to recent study 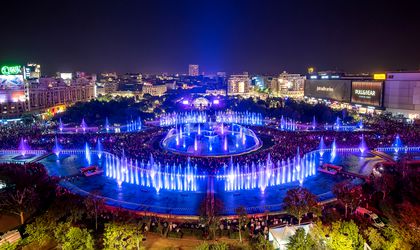 What happens in Vegas, stays in Vegas, says a slogan and advertising campaign for the US city of Las Vegas, Nevada, an internationally renowned major resort city, known primarily for its gambling and nightlife. But what city could claim the title of the “Vegas of Europe” one might ask. Is it Amsterdam with its lively nightlife? Or maybe Prague thanks to its youthful and free vibe? London? Dublin? No, no, no, and no. It’s Bucharest, the capital of Romania, according to a recent study by Bonusetu, a Finnish casino review site.

Las Vegas certainly holds enormous acclaim in the USA, and beyond, for being the city people visit to let loose. But a new analysis has revealed which European cities best replicate the renowned gambling capital of the world, looking at the number and quality of Five-star hotels, glamorous casinos, fine dining locations, and famous nightlife spots.

A spokesperson from Bonusetu commented: “Vegas is really the dream destination for avid gamblers; but it is not accessible to everyone, being an expensive place to travel to. This data can point casino lovers toward cities that can fulfil their lust for that high life within Europe. All of the cities on this list are fantastic destinations, not only for gamblers but for those seeking a glamorous experience.”

Romanian capital Bucharest is crowned the Las Vegas of Europe. The city has by far the most casinos with 160 at nearly 9 per 100k residents. Despite its moderate ranking for five star hotels coming in at 17th, its top ten nightlife status alongside the huge abundance of gambling make it Europe’s Las Vegas.

Prague has the most 5 star rated nightlife locations per capita of all cities in Europe with 162 across the city; equating to more than 12 per 100k of the population. The Czech capital also sports the second most casinos with 56, enough to see it comfortably in second place.

Amsterdam takes top spot for restaurants featured in the Michelin Guide per capita with 70 restaurants making for more than six per 100k population.

Ranking fifth in casinos per capita, sixth for number of five star hotels, and fourth for five star nightlife locations allows the Dutch capital to make the top 3.

London’s 163 five star hotels put it second in the per capita rankings with this making for 1.75 per 100k people. England’s capital also features the third most casinos with 53, and an abundance of Michelin Guide restaurants put it at ninth in this category with 0.57 per 100k population.

Dublin is ranked third in terms of casinos per capita of these European cities with almost two for every 100k residents. As well as this, strong rankings for nightlife and five star hotels allow the Irish capital into the top five of the list.

The Italian capital is the city with the most five star hotels per capita in Europe with almost two for every 100k of its population. 124 five star rated nightlife locations across the city also put it in the top ten of this category.

Copenhagen ranks fourth for casinos per capita with just over 1.5 per 100k, and fifth in terms of Michelin restaurants with more than four per 100k, allowing it to become the only Scandinavian city in the top ten.

Containing the second most Michelin Guide restaurants per capita at just over five per 100k, whilst ranking 12th relatively for 5 starred nightlife locations allows the Belgian city into the eighth spot of the list.

Dutch city of Rotterdam comes in ninth with its relative abundance of casinos and Michelin restaurants per capita boosting it up the rankings.

Sporting the third most 5 star hotels per capita at just over one and a half, while maintaining a reasonable rank for nightlife allows the Portuguese city to just squeeze into the top ten.

Figures in the above table represent a 10pt scale score of each city based on the data from 44 major European cities.

The ultimate rank is weighted so that casinos are the most relevant factor (allocated weighting of 0.4), while each other factor is weighted at 0.2.