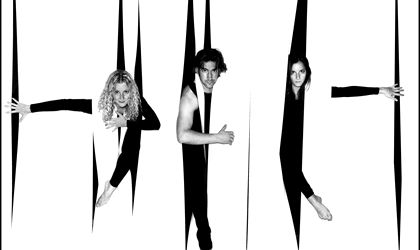 Between August 28-30, the National Peasant Museum opens its gates for the first edition of the International New Arts Festival, entitled InnerSound.  The festival’s format was created by young artists in Romania. The organizers, which include OPUS Association, The National Peasant Museum, The Peasant’s Club, The National University of Music in Bucharest – The Center of Electroacoustic and Multimedia Music, plan to offer their Bucharest audience a fresh sonic and visual oasis at the end of an extremely hot August.

The symbol of InnerSound 2012 is the window opened towards ourselves, towards our own dreams and creative ideas – a window that, hopefully, will allow the audience to look into a world of mystery, of aural and visual magic. The symbol was extracted from a photo by Sabina Ulubeanu.

InnerSound plans to offer a new perspective on the art of music by including it in different visual projects such as photography exhibitions, silent short movies with live music or multimedia shows. Participants at InnerSound are musicians, photographers, visual and film artists from Romania, Holland, Ireland, Greece and Switzerland.

The National University of Music – the Opera Studio

18:30– Interraction with the installation

19:00 – Encounters in time and space I – solo pieces recital in InnerSpace

The National Peasant Museum – Outside court

18:00 – Interraction with the installation