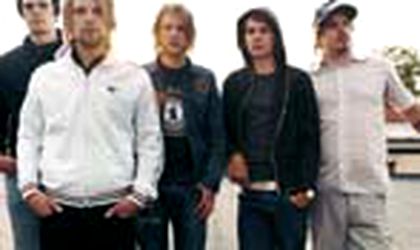 Hiphop group Cypress Hill will perform on July 4. Their most famous hits include “Insane in the Brain”, “Hits from the Bong”, “Tequila Sunrise” and “Dr. Greenthumb.” The band's first four albums “Cypress Hill”, “Black Sunday”, “III Temples of Boom” and “IV” were multiple gold and platinum selling records.
Manic Street Preachers will perform for Romanian fans on July 5. Well-known for their unique sound and lyrics with political touches, the Manics are known for hits such as “If You Tolerate This, Your Children Will Be Next”, “The Masses Against the Classes”, “A Design for Life”, “Empty Souls”, “Your Love Alone Is Not Enough” and “Everything Must Go.”
Kaiser Chiefs will perform on the same day, July 5. The band members were born in Leeds and took their name from a soccer team in South Africa. Their first album “Employment” was released in 2005 and spawned hits such as ''Oh My God'', ''Everyday I Love You Less and Less'' and ''Modern Way.''
Nelly Furtado will perform at the B'EstFest on July 6. The Canadian artist started a collaboration with Timbaland in 2006 and launched the “Loose” album with hits such as “Promiscuous”, “Maneater”, “All Good Things (Come to an End)” and “Say It Right.” In 2007, her collaboration with Justin Timberlake and Timbaland resulted in the single “Give It To Me” which become her third No. 1 in the United States and the second in UK.
Manu Chao will also perform on the final day of the festival, July 6. The artist grew up in a very diverse cultural environment in a Paris suburb.