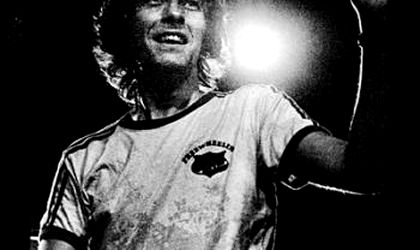 Known for his chansonette-influenced musical style, the much appreciated French musician, whose compositions have been featured in European cinematic sensations Le fabuleux destin d’Amelie Poulain and Goodbye, Lenin, will hold a concert in Silver Church club, in Bucharest, his third in Romania. The concert is part of the European tour of the artist’s most recent album, Dust Lane.

The artist’s most recent work replaces pop music and waltz tunes with rock-influenced compositions. “Dust Lane is more electric rather than electronic and the vocal part plays a more important part in the album. The new material is different from anything I’ve ever done”, Tiersen declared.

Yann Tiersen will hold the concert in Silver Church club on December 9th, at 21.00. Access will be made starting at 19.00. Tickets are available in the shop chains of Germanos, Carturesti, Humanitas and Domo, as well as online, on eventim.ro. Prior to the day of the event, the ticket fee will be of RON 85, and on the day of the event a ticket will cost RON 110. More information is available on www.artmania.ro.