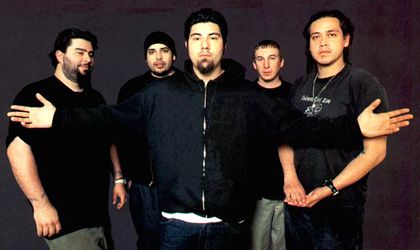 Deftones have included Romania in their European tour and will perform in Bucharest as part of Alternative Summer Day, on August 13, at Arenele Romane. Songs from the new album, Diamond Eyes, as well as tracks from past albums as Around the Fur, Adrenaline or White Pony will be included in the band’s setlist.

The bands opening for the Deftones concert are local hip hoppers Parazitii, local alternative band Luna Amara and local hardcore bands Implant Pentru Refuz and White Walls.
The event is produced by Alternative Music Experience, a collaboration between Bring The Noise and King Size Production. Tickets may be purchased in the Eventim network (Germanos, Orange, Vodafone, Domo stores, Humanitas and Carturesti libraries and online on www.eventim.ro). Ticket fees are of RON 90 until July 31, RO 110 between August 1 and 12, and RON 130 on the concert day.