Vacaying like a bank governor: Exclusive peek at Casa Isarescu in Dragasani (Photo) 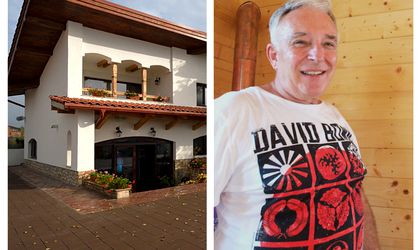 Set between the rolling hills of Dragasani, Valcea County, one of the most well-known winemaking Romanian regions, Casa Isarescu welcomes visitors with six rooms and traditional homemade dishes from the famous cuisine of the region of Oltenia. That and plenty of wine, as Casa Isarescu is the vineyard built by the governor of the National Bank of Romania (BNR) Mugur Isarescu.

Inhabited since ancient times, Dragasani has a millennia old winemaking tradition that starts with the ancient inhabitants of the region, the Dacians. The ancestors of the Romanian people made wine here, as attested by archeological remains found in the area. The winemaking tradition thrived in the area, despite the fact that, legend goes, Burebista, their fierce king, at one point summoned all subjects and told them to burn down the vineyards, as it prevented them from focusing on their military activities.

After taking a nosedive during the communist regime, winemaking in Romania as revived by several private investments in old or new wineries in Romania’s historic winemaking regions. Among them, that of the governor of Romania, Mugur Isarescu, is a passion project started in 2003 that today produces 150,000 bottles a year and welcomes visitors in an idyllic setting.

Property of the longest serving Governor worldwide and his family,  Ileana Isarescu and Lacramioara Isarescu, it is managed by his son, architect Costin Isarescu. 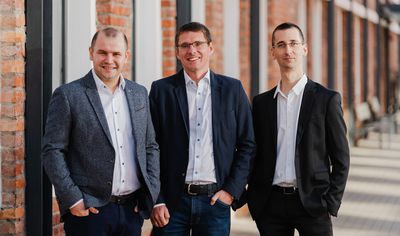 What the governor drinks, you drink

It goes without saying that the focus of your visit will be wine. Producing whites, reds and rose wines, Casa Isarescu has 40 hectares of vineyards. The grape types cultivated are native types Crampoşie Selectionată, Fetească Regala, Sauvignon Blanc, Pinot Gris, Tamaioasă Romanească, Negru de Dragasani, Novac, alongside Merlot, Shiraz, Cabernet Sauvignon. Expect to pay per bottle from RON 22 to RON 100, for the vintage bottles. As a guest of the vineyard, you can book tastings with the wineyard’s oenologist Cristian Nicolaescu.

At the pension Casa Isarescu, also found on the premises, guests are welcomed in 6 rooms offering double beds. You can choose between two rooms offered at the price of RON 200, two that come at RON 250 (a hallways separates the bathroom from the bedroom for these two), and two others that go for RON 300 and RON 350. The latter rooms offer the best views over the surrounding hills and forests.

Once inside, the furnishings, typical of Romanian manors called ‘conac,’ are displayed on the walls and alongside them. You will find wooden clocks, antiques, chandeliers and 19th century paintings as well as a more recent work, a chandelier decorated with bottles from the Casa Isarescu collection.

I've found Arthur's #roundtable and we'll tell you about it in a full story here https://worlditineraries.co #travel #travelblogger #arthurlegends #casaisarescu

Cooked by a local chef, the food offered highlights the rich culinary heritage of Oltenia. Expect a menu that combines typical cheese and cured meat snacks, soups and borscht with steaks and oven baked lamb. The restaurant built on the property offers stunning views stretching from the wide valley below to the towering silhouettes of the Carpathian Mountains.

Activities at the vineyard

Activities range from the most relaxing ones, such as long walks in the vineyard to hearing everything you’ve ever wanted to know about the process of winemaking. The workshops, led by the vineyard’s oenologist, are held on the spot and include a tour of the premises.

Although everyone is welcome, groups are preferred, say the pension’s managers, and bookings are mandatory.

The future of tourism in the Danube Delta – 4* floating hotels designed by...

Romania’s version of a staycation: Resizing the tourism business