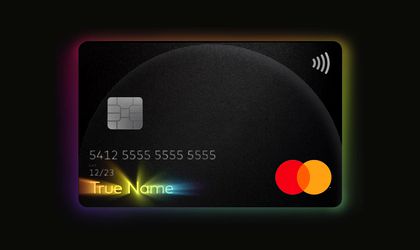 On May 17, with the occasion of the International Day Against Homophobia, Biphobia, Intersexphobia & Transphobia (IDAHOBIT), Mastercard announced the expansion of its True Name™ card feature across Europe. The feature enables cardholders to leverage their chosen name on their card offerings, removing a pain point for many in the LGBTQIA+ community. Mastercard unveiled the need for true names on a card in the U.S. at WorldPride in 2019. After a successful launch and rollout with major banks across the U.S., challenger bank bunq will be the first issuer to make True Name™ available across Europe in 30 countries*.

For the transgender and non-binary community, the name on their card can serve as a source of sensitivity and embarrassment, not reflecting who they truly are. In addition, pursuing a legal name change can be a long and arduous legal process. True Name™ from Mastercard has been designed to change that, enabling people to display their preferred name on their card. Effective immediately, eligible existing bunq credit and debit cardholders will be able to request a new card, which displays their chosen name.

Accessibility and enablement are vitally important to the LGBTQIA+ community. Nearly one-third (32%) of individuals who have shown IDs with a name or gender that did not match their presentation reported negative experiences, such as being harassed, denied services, and/or attacked**.

“At Mastercard, we stand for inclusion, which is why we enable cardholders to use their chosen name – everyone deserves financial products that reflect their true identity,” says Mark Barnett, President Mastercard Europe. “This will ease a major pain point in the transgender and non-binary community and allow people to use their true name securely, simply and with pride. We call on the industry to apply these standards for everyone.”

Ali Niknam, CEO of bunq: “We’re so excited to be a part of history! At bunq, we believe in the power of diversity and all the colors of the rainbow and beyond. With True Name, making a small change can make a big impact: empowering people to be free and to live their life the way they want.”

Elisa Koubi, Co-President of l’Inter-LGBT: “We can only be thrilled to see such an initiative come to life which shows respect and inclusion of transgender and nonbinary people. This launch follows the “Defender of Rights 2016” recommendation to French banks, to take into account the chosen first name of their clients if they request to. Therefore, it’s a respectful approach that recognizes the diversity of human beings who make up our society. We hope that this recognition will serve as an example for all banking establishments and will inspire governments, so that the diversity of genders and self-determination will finally be respected.”